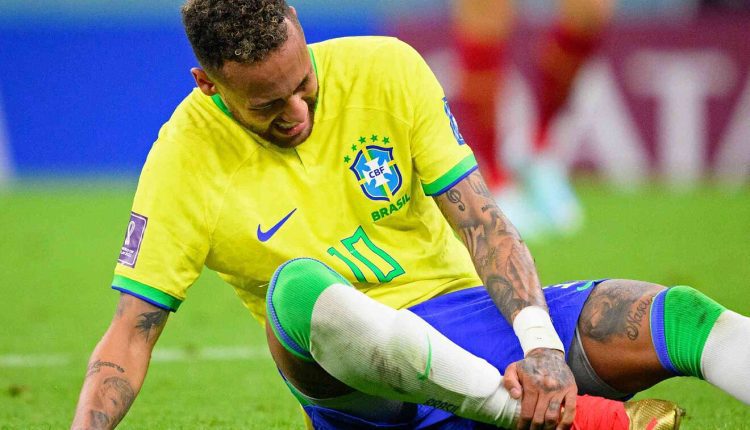 Neymar has been ruled out of Brazil’s next two World Cup games after sustaining ligament damage in his right ankle, says their team doctor.
The 30-year-old forward was replaced in the 80th minute of Thursday’s 2-0 win over Serbia after a heavy tackle by Nikola Milenkovic.
Neymar sat with his face covered while receiving treatment and pictures showed his right ankle was swollen.
He described the injury as “one of the hardest moments of my career”.
“Nothing in my life came easy and I’ve always had to work for my dreams and goals,” Neymar wrote on Instagram
“I have never wished anyone anything bad and always helped those who needed it.
“I’m injured, yes it’s not nice, it will hurt but I’m sure I will have the chance to come back because I’ll do everything possible to help my country, my teammates, and myself.”
Right-back Danilo will also miss the next two games with ankle damage.
Brazil face Switzerland in their second Group G game on Monday (16:00 GMT), before playing Cameroon next Friday (19:00 BST).
“Neymar and Danilo went through an MRI on Friday afternoon and we found ligament damage in the ankle of both of them,” said Brazil team doctor Rodrigo Lasmar.
“It is important to be calm and evaluate day by day. The idea is to recover them for the rest of the competition.”
Speaking after the win against Serbia, Brazil head coach Tite said they were “confident Neymar will continue playing in the World Cup” and that he “didn’t see he was injured – the capacity he has to overcome it tricked even me”.
The Paris St-Germain striker has suffered a number of injury problems with his right foot over the past few years.
He missed the 2019 Copa America after suffering torn ligaments in his right ankle and was out for several weeks in 2021 with a similar injury.
Neymar was fouled nine times during the game against Serbia, drawing four more free-kicks than any other player at this year’s World Cup so far.
Continue Reading
29
Share FacebookTwitterWhatsAppPinterestEmailFacebook MessengerLinkedinTelegram