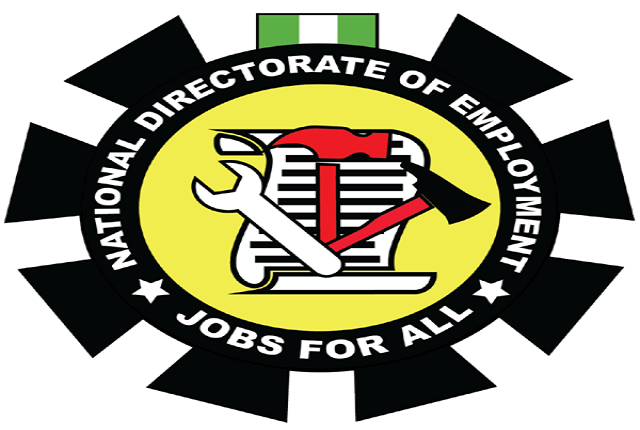 From Victor  Duruamaku Owerri
National Directorate of Employment (NDE) has  began  training of 750 youths on  apprenticeship skills in Imo state
Director-General of the NDE, Mallam Abubakar Nuhu-Fikpo, flagged off the training in Owerri, on Friday.
According to him, ”  this  training is captured under the Advanced National Open Apprenticeship Scheme (A-NOAS) and Basic National Apprenticeship Scheme (B-NOAS) of the Directorate’s department of Vocational Skills Development (VSD).”
He explained that the  skills include barbing, basic tailoring, hairdressing, welding, event planning, make- up, confectionery and auto mechanic among others.
The Director General,  represented by the State Coordinator of the NDE in Imo state , Mrs Ngozi Ihenacho said that the trainees  are made up  of youths and women  from the 27 Local Government Areas of the state.
He added ” the intensive training which would take place in the Directorate’s training centres, one in each senatorial district of the state, would last for three months.”
Director General  urged the trainees to utilise the opportunity to acquire economically viable skills that would enable them become self-reliant in life
He noted that ”  In today’s world, opportunities such as these are rare and hardly come on a platter.”
The  Director  General  further urged   the   beneficiaries, to take the  opportunity  of the training seriously and be punctual at the trainingb
Also speaking, Director of the VSD, Mallam Isa Abdu, said that the training for both the schemes would run simultaneously, with the beneficiaries receiving transport allowances for the duration of training.
Abdu, represented by a senior staff of the Department, Mr Onyekwelu Igwesi, said that expert trainers had been hired to conduct the training.
He charged the trainees to justify the opportunity given them so as to become employers of labour rather than job seekers.
” All over the world, as the value of money depreciates, entrepreneurs are adjusting with the times, hence the need for viable skills that can drive the economy. Learn the skills and be your own boss”, he said.
One of the trainees, Miss Oluchi Uchenna, who spoke on behalf of his colleagues, thanked the NDE for creating the opportunity for them to thrive in their quest to become economically independent.