NAWOJ Calls to an end to gender based violence 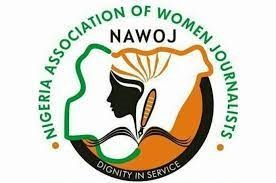 0 26
Share
SELYA YARNAP , Bauchi
The National Association of Women Journalists (NAWOJ)  , Bauchi state Chapter  has called on  Nigerians  to  stand up  collectively and  fight  gender based violence against women and girls in the society.
The Chairperson of Bauchi State  NAWOJ ,Mrs Bulak Afsa said this during a one day  street  rally organised  Bauchi state chapter of the Nigerian Association of women journalists with from Plan Interna6 Nigeria to commemorate the 16days  of Activism, with the theme ” Orange the World, Stop Gender- Based Violence Now” .
She  decried  the rising cases of GBV in the society  noting it’s not only limited girls and women, butalso affects men .
” everyone needs  to speak out  against gender based  violence  in the community be it rape, sexual molestation  of Intimidation,  our females  are not punching  bags but rather men should love and protect  them”.
According  to her, the aim  of the rally is to create Awareness on the need for people to rise up to stop all forms of gender based violence in order to return sanity to the existence of the family.
Mrs Afsa  then  commented Plan International for supporting the women groups in the fight against gender based violence in the community which she said has retarded social activities within the community especially  during the  out break of covid 19 and the subsequent  lock down.
In her address,  the Representative of Plan International in Bauchi, Zainab Sabitu,  said that the NGO decided to participate in the program to amplify calls to end gender based violence.
According to her , Plan International is supporting the Girls Loud out project to give them skills to speak out when someone  tries to molest them.
The groups that joined the rally included FOMWAN, NCWS, He4She, Stand  Women Society(SWS) , FIDA,NLC Women and persons with disabilities. Ap.
Continue Reading
NAWOJ Calls to an end to gender based violence
0 26
Share FacebookTwitterWhatsAppPinterestEmailFacebook MessengerLinkedinTelegram