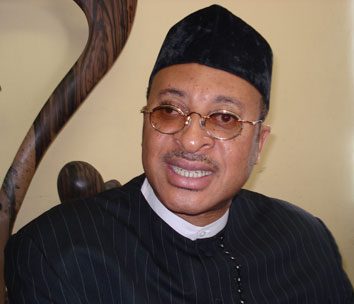 The warning by erudite scholar, Prof. Pat Utomi that the monetization of the nation’s electioneering process by the ruling political elite portends grave danger for democracy following the high costs of nomination and expression of interest forms imposed by the major parties is not only apt but should be taken seriously by all stakeholders in the interest of Nigeria.

His charge at a symposium organised by the Catholic Diocese of Abeokuta, Ogun State recently has even become more significant considering the current deteriorating living conditions of the citizenry which can be directly linked to the faulty leadership recruitment system at all levels of government, and the poor governance records of most public office holders.

According to the professor of political economy, Nigeria’s political stability was being imperiled by the increasing unpatriotic activities of moneybags and the leaders of both the ruling All Progressives Congress, APC and the main opposition Peoples Democratic Party, PDP whose major preoccupation seems to be the reaping of full financial benefits from the electioneering processes ahead of next year’s general elections.

The country  he contended “has been significantly put into trouble by the culture of glorification of money which has tried to make nonsense of wisdom. Nigeria is slowly becoming a criminal enterprise where the most criminally minded who can gather as much money they can will  take over the government.

“Anybody who watched the primaries that went on recently in whatever party, everything was about money. We have come to a frightening conclusion that if nothing dramatic happens, in a few years, Nigeria will be run by criminals, drug barons and people who steal government funds”, he warned.

We totally agree with Utomi’s alarm which in our estimation is very timely and patriotic given the commanding influence of money in politics and the apparent desperation demonstrated by the parties and the political class especially during the recent conduct of primaries where standard bearers are being selected for various offices including the presidency, governorship and seats in the National Assembly.

But before Utomi’s warning, Mr. Peter Obi and Mohammed Hayatu-Deen had bowed out of the crowded presidential race for what they alleged was a corruption of the entire process leading to the PDP primary which included inducements of delegates by some of the gladiators. “It is an obscenely monetized primary”, said the latter in a statement announcing his decision to quit the race.

In demonstration of rare courage however, Obi thereafter defected to the Labour Party where he emerged as its presidential flag bearer.

Though not a new phenomenon, the inducements of delegates at primaries gained currency during this year’s exercises as it took place recklessly and social media awash of videos of culprits making brazen attempts to compromise the voters and when things are falling apart, those who are involved demand a pay back. A coordinator of a particular aspirant was captured in the one of the trending videos cajoling people he had bribed to pay him back.

Expectedly, the ugly trend had infuriated many Nigerians among them former president Dr. Goodluck Jonathan who rightly observed that inducement of delegates won’t produce the right leaders for our dear nation.

But denouncing the development, he said, “I’m ashamed that delegates were being induced for votes and there were reported cases of aspirants demanding for a refund after failing to obtain tickets but  these whole primaries across the country is a mess, this is not standard practice, the process has failed, we can’t use this process honestly to elect our president, governors, NASS members and other leaders”.

In our view however, we believe that such level of desperation is antithetical to the concept of leadership which primarily aims at rendering service to the people as winners of such compromised exercises will thereafter may deploy all available resources to frustrate the conduct of  free, fair and credible elections that will produce selfless and patriotic leaders that will be capable of moving the country forward.

In other words, if leadership truly, is about service to humanity, why should some Nigerians exhibit such level of desperation and turn politics into a business that one can make huge money?  and despite the current deprivation across the country and available statistics that over 80 percent of the citizens are trapped within the poverty bracket, is it morally justified to parade billionaires’ politicians?

According to investigation, some of the immediate causes of the  monetization of the electoral process especially party primaries can be traced to the amended Electoral Act 2022 in which spending limit by aspirants and candidates was raised with the presidential race attracting N5billion as against N1bn contained in the old legislation.

Besides, governorship hopefuls are now legally empowered to spend spend N1billion in electioneering  up from the initial N200m. In the opinion of experts such increased spending would not only aid more corruption among such office holders if they are elected and sworn into office, but reinforce the prebendal democracy practiced in the country which has given the ruling elite the impression that they can spend government money the way they like and get away with it.

Rather than bemoan the worrisome turn of events in which delegates are induced and become rich overnight, we challenge the millions of electorate to chose wisely by electing only honest, credible and competent leaders during the polls next year. They should rise up to the occasion and vote the right candidates who will take the country to the promised land and change the narrative for the better even as the media and political parties should intensify enlightenment of the public on the need to shun money politics.

This is particularly feasible when viewed against the backdrop that delegates constitute inconsequential numbers of the voting public while the election of a competent president and governors would provide a fresh impetus to addressing Nigeria’s security challenges such as kidnapping, farmers/herders clash, banditry, terrorism and bad governance.

The political class in order to further deepen democracy also, should acquire the right political values that emphasizes healthy competition, transparent, honest and committed leadership as opposed to moneybags individuals while the society must henceforth distance itself from inducements, insists that it should not happen again and seek ways of making it very difficult to thrive and when it happens, there should be serious consequences.

We strongly demand closer inter agencies collaboration between the Economic and Financial Crimes Commission, EFCC and the Independent, Corrupt Practices and other related offenses Commission, ICPC in checking the spending limits of candidates by constantly beaming their searchlight on them and discouraging increasing monetization of the political arena.

The Federal Reporting Council and Special Control Unit Against Money Laundering, should similarly, constantly monitor financial flows of politicians and be present at the campaign rallies just as operatives of the EFCC had stormed the recent presidential primary of the PDP in Abuja. They should assign  more under cover investigation and intelligence officers to fish out the bad eggs, ascertain who is giving what amount and receiving what inducements as well as enlisting the services of some delegates and party members as whistleblowers.

The National Assembly comprising the Senate and the House of Representatives are further enjoined to strengthen the existing legislation on campaign spending limits with a view to tackling the malaise at source in order to sanitizing the electoral system and ensure that only men and women of proven integrity, track record of unblemished service are selected to contest for leadership during the 2023 general elections.

Our Next Vice President