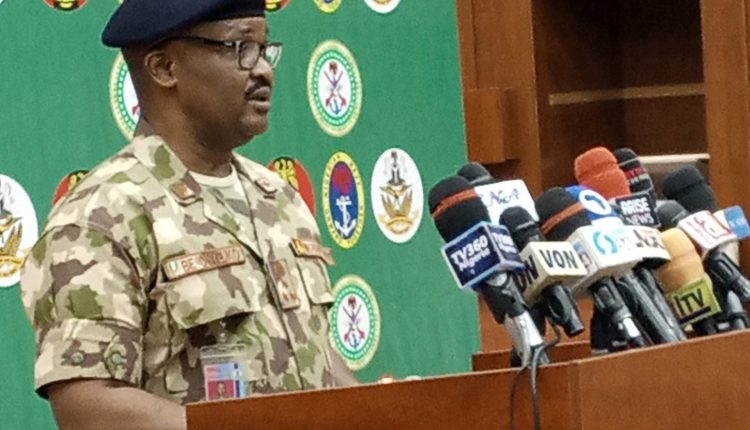 The Director, Defence Media Operations, Bernard Onyeuko, said this at the bi-weekly news conference on the operations of armed forces on Thursday in Abuja.

He added that while 26 oil thieves were arrested, 29 vehicles, 68 wooden boats, nine speed boats, amongst other equipment were also impounded.

Twenty-one criminals involved in the illegal activities were arrested, he said.

In the South-east zone, Mr Onyeuko said a combined team of security agencies led by 302 Artillery Regiment had on June 25 eliminated two members of the proscribed Independent People of Biafra (IPOB) during a raid operation.

He said the operation was carried out on IPOB and its Eastern Security Network (ESN) camps at Ukpor in Nnewi South Local Government Area of Anambra.

“On June 27, our troops discovered a notorious hide of late Double Lion, a notorious terrorist. After a shootout, one criminal member of the gang was neutralised.

“Items recovered from the camp include one Dane gun, eight vehicles of different makes,” he said.

24 Nigerians affected with Monkey pox in the last week of July….NCDC

24 Nigerians affected with Monkey pox in the last week of…

Katsina spends over N100m on resettlement of Shimfida IDPs,…