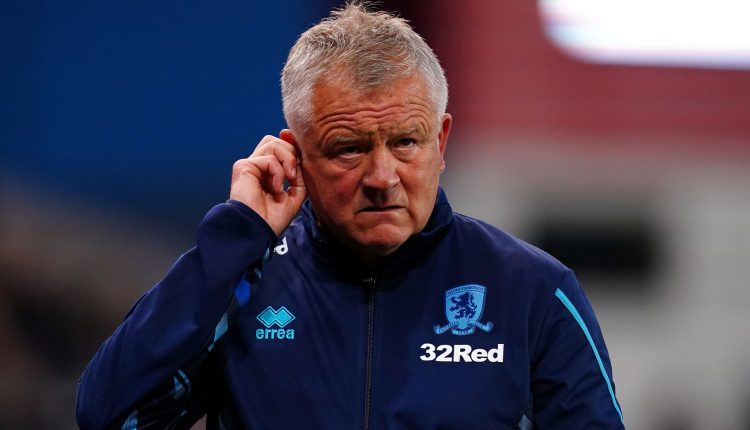 Middlesbrough have announced they have terminated the contract of Chris Wilder after less than a year.

Wilder, 55, replaced Neil Warnock on Teesside on November 7 last year and guided Middlesbrough to a seventh-place Championship finish in 2021/22; Boro have won just two of their 11 league matches this term and sit inside the relegation zone.

Boro lost 1-0 to bottom club, Coventry, on Saturday and currently sit 22nd in the table after winning just two of their opening 11 matches in the Championship this term.

A statement released on the club’s official website read: “Middlesbrough Football Club have terminated the contract of manager Chris Wilder with immediate effect.

“Leo Percovich will take over first-team affairs in the interim basis, assisted by Craig Liddle, Mark Tinkler and Lee Cattermole.

“The club would like to place on record its thanks to Chris and his staff for all their hard work over the past 11 months.”

Wilder took over at the Riverside Stadium on November 7 2021, one day after Neil Warnock left the club by mutual consent after an indifferent start to the season.

The 55-year-old got Boro back on track with six wins in his first 10 league games, but they went on to miss out on a place in the Championship play-offs by a five-point margin.

The former Sheffield United boss’ exit means one-third of all Championship clubs have changed managers since the start of the season.