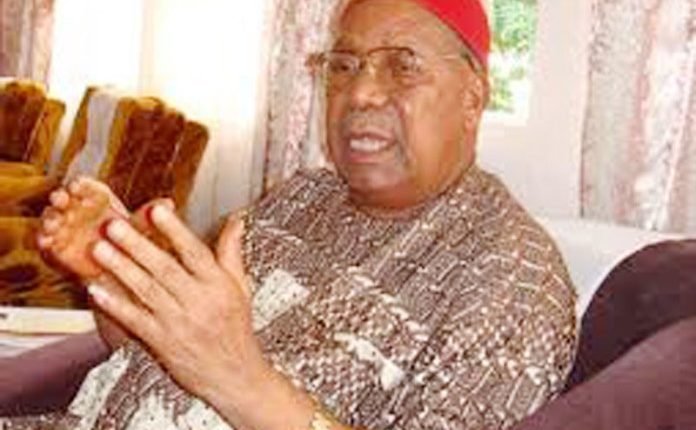 Ohanaeze Ndigbo Worldwide has announced various committees for the burial of a first Republic Mbazulike Amechi who passed on late last year.

Chairman of the Elders Council of Ohanaeze Ndigbo Worldwide, Chief Emmanuel Iwuanyanwu in a statement said the three committees which include, Organizing Committee for  The National day of Tribute will be chaired by High Chief Sen. Dr. Ben Ndii Obi with other members including former governor of Imo state Chief Achike Udenwa, former governor of Enugu state Dr Okwesileze Nwodo, Chief Onyema Ugochukwu, Iyom Josephine Anenih, and Hon. CID Maduabum amongst others.

The former aviation minister died in November at the age of 93.

Mr Amechi, a nationalist, was among those who fought for the independence of Nigeria from Great Britain.

As a secondary school student, Mr Amechi had joined a group led by Nnamdi Azikiwe, called the Zikist Movement, to push for the country’s independence.

Mr Amechi was elected member of the House of Representatives, in 1959, on the platform of the defunct National Council of Nigerian Citizens. He was later appointed minister of aviation and transport in 1962. He remained the minister until the country’s first military coup on 15 January 1966.

Mr Amechi recently led a delegation of prominent Igbo leaders to President Muhammadu Buhari to request the release of Nnamdi Kanu, detained leader of the outlawed Indigenous People of Biafra.