Man, Shelter and the Natural Environments. 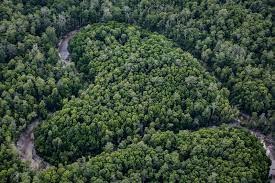 Charles Edouard Jeannette also known as Le-corbusier, was a Swiss- French Architect who lived between 1887 and 1965.He was also an Urban planner,designer, writer and a painter.In the course of his practice as an architect,he came to the conclusion that a house could also be described as a ‘machine for living’.The free on-line dictionary defines machine as ‘a fixed device consisting of a fixed and moving part that modifies mechanical energy and transmits it in a more useful form’.Your dictionary.com defines a machine as a rare structure or build up of any kind, automobile and bicycle; a structure consisting of a frame.

Architecture is the art and science of designing and erecting buildings. As an art,it is an expression of beauty, while as a science it deals with points,lines,planes and volume Architecture also explores the various uses and functions of geometric shapes, including the necessary mathematical applications, physical considerations and psychological effects on man.Architecture as an environmental science, should be able to confront the forces of nature and natural occurrences such as wildfire, hurricane, flood, earthquake and tsunami among others.

During the conception of a building, consideration is often given to its ability to withstand natural and man-made forces.Other design considerations include prevailing site conditions, suitability, strength/choice of materials, method of construction and maintenance. Most high-rise buildings and other iconic buildings are subjected to various tests and simulation during the design stage  to determine their responses to as hurricane, earthquake, landslide and intensive water waves such as tsunami.Special design considerations in most are not extended to simple residential buildings and other less important houses.

Sometimes, some of these buildings are ironically located where they are prone to destruction by natural disasters.Whenever a building is erected, an ecological disequilibrium is created. It is advisable to maintain as much as possible the natural surroundings of a house after Construction; avoid moving of the soil around the building, cutting of existing trees and removal of natural ground cover without replacement.A building should not challenge its immediate environment since in most cases it will lose the battle.It should rather complement its natural surroundings while existing in harmony with other living things.

On Friday, 11th March 2011, Japan was devastated by a combination of 9.00m earthquake and a monster tsunami.Japanese Prime Minister then,Naoto Kan described the disaster as unprecedented. Several people were killed ( May their souls rest in peace) and properties running into billions of dollars were lost to that unfortunate natural disaster. Buildings, vehicles, ships and many other things were being carried by the tsunami as if they were weightless toys.It was reported by Scientists that the Japanese main Island moved by 2.4m. Furthermore,as a result of the earthquake,the earth shifted at its axis by 10cm.There was also rupture of the Earth crust.

Nigerians should thank God that so far, we have not witnessed a natural disaster of that magnitude.The Ministry of the Environments should begin a study of our coastal areas with a view to determining the dangerous locations. People should be discouraged from permanent settlement within the areas identified as being susceptible to flooding. There is also the need for periodic checks to determine the possibility of natural ground movements. Sand filling of the sea, lagoon, peninsula and other bodies of water in our coastal areas in Lagos, Portharcourt, Warri and other coastal cities for the purposes of building and other economic activities should be discouraged.

The report had it that the major tsunami in Japan occurred along the Pacific Coast. Most of the buildings destroyed were built within the flood plain.The lure to live in a building located close to the sea,lagoon, ocean or any body of water is dictated first and foremost by the micro climatic conditions. The sea breeze and the tranquility synonymous with the neighborhoods are also tempting for people who can afford these choice areas. In addition, it is a status symbol.

Notwithstanding the fact that waterfront mansions are expensive and most sought after by the rich and nighty, it is noteworthy that man is living at the mercy of his Environments.

Earthquake, tsunami and other disasters have shown the limitations of Architecture in protecting man from inclement weather conditions and other forms of disasters.

Developing an Effective Payroll Process for a Remote Working World

Beyond growing the energy sector, there is a need to ensure increased access to meters in Nigeria