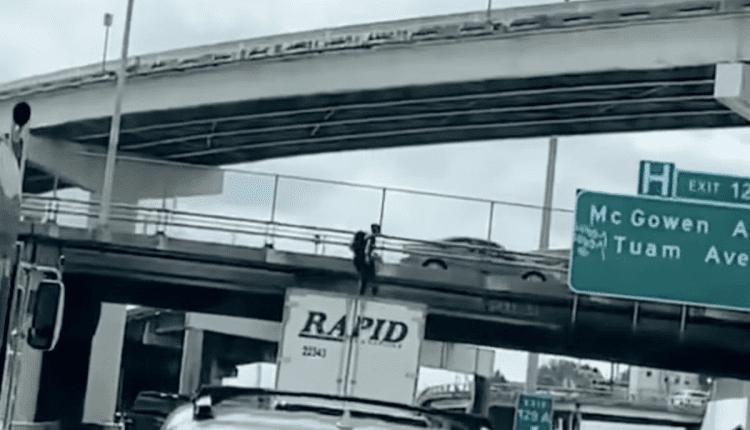 A man in Houston who was dancing atop an 18-wheeler as it traveled down a freeway died on Tuesday morning when the vehicle passed under an overpass.

The man, who may have been filming himself while he danced on the vehicle, was 25 years old.

According to a statement Houston Police Department Vehicular Crimes Division, the driver of the vehicle was unaware that the man had claimed on top of his truck when he drove under the overpass. The statement said that the driver was not impaired and was questioned and released.

The man seemingly jumped or climbed onto the 18-wheeler as it was moving. When the driver piloted the vehicle under the overpass, the man hit the concrete and fell onto the main lanes of the freeway.

Prior to the man’s death, he was recorded dancing on top of the truck and ducking to avoid being struck by the concrete of the overpass. The video was posted to Facebook, where people wrote in the comments of their concern for the man’s safety.

The man was taken to an area hospital after the crash, where he was pronounced dead. His name has not been released by authorities in Harris County.