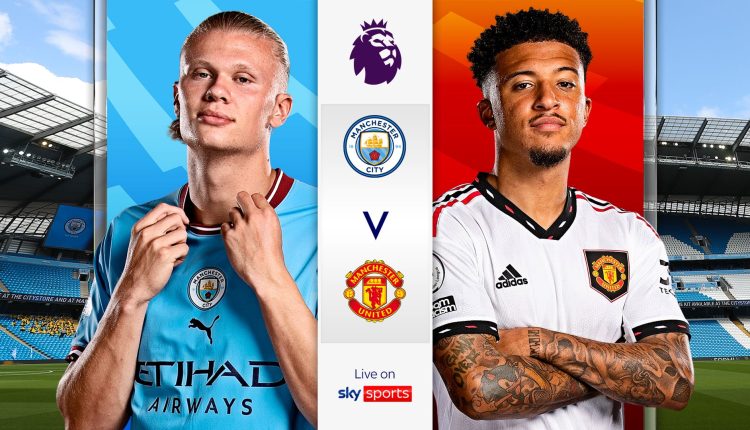 The first Manchester derby this season will unfold in front of the Sky cameras this Sunday – but how do the teams shape up going into the showdown?

The 188th meeting between the rivals kicks off Super Sunday this weekend, with hosts Manchester City unbeaten in 19 Premier League games – dating back to a 3-2 home defeat against Tottenham in February.

The fact both teams are in good form should come as no surprise – only Chelsea’s summer spending exceeded the £227m outlay at Old Trafford and, in Erling Haaland, City have a striker whose current strike rate would see him end the season with 59 Premier League goals.

It’s quite possible that the combined cost of their starting line-ups this weekend will exceed £1bn.

The bragging rights held by the blue half of Manchester since Sir Alex Ferguson’s retirement over nine years ago is well documented. Despite winning only three major trophies to City’s 12 in that period, as well as finishing an average of 17 points behind their local rivals, United have spent more money on new signings than the reigning champions.

While a top-four finish is the likely aim for Erik Ten Hag in his inaugural season in England, a fourth win in six league visits to the Etihad would go a long way to cementing United’s radical improvement after a calamitous opening couple of weeks to the current campaign.

However, City’s form in front of their own supporters since drawing with Liverpool in April has been irresistible.

Pep Guardiola’s team have scored three or more goals in each of their recent seven home wins, the first time they have done so in their top-division history, and are only the second team to do so in the Premier League era – after United between December 2009 and March 2010.

The Citizens have scored 14 goals in their opening three Premier League home games, the joint-most by any team in the competition’s history – along with themselves in 2019/20, United in 2011/12 and Arsenal in 2009/10 – but none of those teams proceeded to lift the Premier League trophy in those seasons.