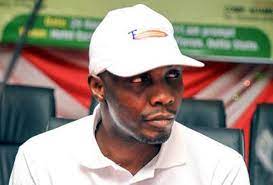 The magnitude of illegal bunkering, refining and crude oil theft put at over 400,000 barrels per day that had forced the federal government through the Nigerian National Petroleum Corporation (NNPC) Limited to award multi-billion naira pipeline surveillance contracts to five contractors including Government Ekpemupolo, popularly known as Tompolo to arrest the ugly trend, is a welcome decision that should enjoy the full support of all patriots considering the worsening economic sabotage and environmental degradation perpetrated by  criminal elements in the Niger Delta.

Nigeria’s inability also, to meet  daily quota set by the Organization of Petroleum Exporting Countries, OPEC, on account of these illegalities by vandals, thieves, bunkering coupled with the high cost of maintaining and replacing damaged pipelines leave much to be desired and clearly informed the compelling need to hire non-state actors to complement the efforts of the Nigerian Navy in policing the nation’s territorial waters as well as staving off incessant attacks by these enemies of the people.

The NNPC Ltd had recently engaged Tompolo, a former militant leader and ex- Commander of the defunct Movement for Emancipation of Niger Delta (MEND) at a cost of N4billion monthly and N48billion annually as part of new measures to end illegal bunkering, refining and oil theft in Niger Delta communities. This is  a clear reversal of the government’s initial stance which saw its cancellation of a similar contract months after President Muhammadu Buhari assumed office in May 2015.

But under the controversial contract, which had elicited diverse reactions from Nigerians, with some advocating its outright cancellation, we note with satisfaction that the former militant will secure oil and gas pipelines that had hitherto been severally violated in Delta, Rivers, Bayelsa and Imo States by vandals and pirates, a development that is not only in the national interest but capable of guaranteeing her continued economic survival.

The immediate past administration of former President Goodluck Jonathan had hired the services of a security company in which Tompolo had substantial interests to put in place necessary measures to confront illegal bunkering and oil theft drastically as well as increase the nation’s production output to over two million barrels per day which regrettably was canceled by Buhari whose administration also, declared the ex-militant leader wanted before the latter got exonerated of all wrongdoings.

That cancellation in our opinion was not only ill informed but among several initial missteps by the incumbent administration when it took over power and  for which the country has continued to pay so dearly in terms of economic losses and colossal destruction of the aquatic life in the Niger Delta region due mostly to spillages and unwholesome activities.

In addition, the decision denied the nation huge revenue that would have accrued to the three tiers of government from crude oil sales for her overall social and economic development thereby lowering the peoples’ living standards and aggravating the poverty level and the unemployment situation.

Consequently, we strongly believe that the new pipeline surveillance contracts which are in line with the Nigerian procurement process, should be viewed from the perspective of getting the right partnership in the private sector to deal decisively with economic saboteurs who are hell bent on jeopardizing the nation’s economy by compromising her assets and derailing her socio-economic and technological advancement.

It is against this backdrop that we totally disagree with the recent submission of Governor Rotimi Akeredolu of Ondo state that the pipeline surveillance contracts especially the one awarded to Tompolo had raised serious questions about Nigerian security architecture simply because the company’s personnel will be empowered to wield assault weapons which the federal government had consistently denied various states security outfits launched by the South West Governors known as Amotekun.

Stridently kicking against the deal, an obviously enraged Governor had declared: “The award of contract to private organisations to protect vandalisation of pipelines raises fundamental questions on the sincerity of the advisers of the government on security issues. The open and seeming enthusiastic embrace of this oddity, despite the constant and consistent avowal of the readiness by the security agencies in particular the Navy to contain the pervasive and deepening crises of breaches and threats to lives and property, attracts the charge of insincerity bordering, deplorably, on dubiety.

Continuing, he maintained: “If the State Governments, which are keenly desirous of protecting their citizens, establish ancillary security outfits and there has been pronounced reluctance, if not outright refusal, to consider permitting them to bear arms for the sole purpose of defence, granting private individuals and or organizations unfettered access to assault weapons suggests, curiously, deep-seated suspicion and distrust between the Federal Government and the presumed federating units” adding that the “engagement of private organisations to handle serious security challenges reinforces the belief that the whole defence architecture in the country needs an urgent overhaul”.

While we agree that Akeredolu as a Chief Security Officer, has a high moral ground and justification to demand approval for weapons for operatives of state security outfits, including For weapons for Amotekun to deal with existential security challenges, such clamour should be in concert with his colleagues in the Nigerian Governors’ Forum who are not only very formidable but most of whom are members of the ruling All Progressives Congress, APC channeled to the appropriate quarters.

Like we have argued severally in past editorials, Nigeria remains the only federation in the world that its Constitution forbids State and Local Police as part of its security architecture in clear breach of the principles and spirit of true federalism thus bringing to the fore the compelling need for restructuring of the country for the right political and security structures to be put in place for effective good governance as well as accelerate the nation’s overall development.

Simply put, Nigerians must as a matter of national urgency demand the stand of the leading political parties and their candidates of their take on restructuring when electioneering campaigns commence on September 28, in order to vote wisely in next year’s general elections and avoid the current anomaly that perhaps informed Akeredolu’s stand point on the pipeline surveillance contracts which in our view will strengthen security in and around oil and gas facilities in the Niger Delta for the country and its citizens to reap bountifully from their endowed resources.

Besides, the fact that the former ex-militant leader hails from the region, has put him in better position to deal ruthlessly with the criminals making life miserable for his people through environmental pollution and degradation as well as denying the nation of her needed revenue. It is partly due to the illegal activities of these hoodlums responsible for revenue shortfalls that the federal and state government often resort to borrowing for the provision of basic social amenities and major infrastructure thereby compounding the heavy debt burden even for generations unborn.

We totally welcome Tompolo’s recent rapprochement with major stakeholders in the region among them traditional rulers, former agitators, youth leaders and lawmakers which is capable of not only dousing recent tension that trailed the pipeline contract, discuss their roles in pipeline protection and other oil facilities criss-crossing their domains but correct misinformation about  the deal.

Apart from engendering support and cooperation of the oil host communities, the consultation in our opinion, will pave the way for the recruitment of indigenes of the affected areas by the company and reduce to the barest minimum future friction and bloody shootouts with those involved in illegal bunkering, illegal refining and vandalizing of oil and gas pipelines and knowing full well that it will no longer be business as usual. And with the disruption of crude oil supply substantially addressed, the new management of the NNPC Ltd will be properly focused to implement the Petroleum Industry Act, PIA holistically and turn the nation’s oil and gas sector around.

Posers as we edge towards January 31 deadline for old naira…