As Deputy President for the last 10 years he was, by default, an establishment candidate but he ran as an outsider, framing the election as between “hustlers” – poor Kenyans – and “dynasties” – influential families like the Kenyattas and Odingas who have been big players in the country’s political space. And the people of Kenya seem to have had their way in electing Ruto. Nigerians can equally have their way in 2023 if they choose to build a better future and not to embrace vote buying as witnessed in recent state elections . Our prayer therefore is that the INEC should endeavour to ensure that the vote of eligible Nigerians will not only be counted but be allowed to count in deciding the outcome of the general election. 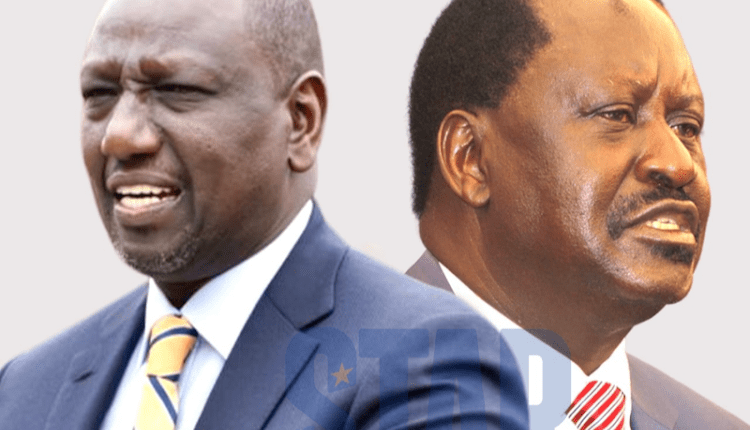 Although the dusts are yet to settle regarding the 2022 presidential election in Kenya which produced sitting Deputy President William Ruto as president-elect considering that the outcome of the election is still being challenged by the major opponent in the poll, Raila Odinga, there are many important lessons which  the federal government of Nigeria, the country’s electoral umpire, INEC and indeed the electorates must learn from the exercise.

This is imperative because the Kenya experience should serve as a model in the conduct of the forth coming Nigeria’s 2023 general election in which a new president, state governors, members of the National and State Assemblies will be chosen to run the affairs of the country for four years.

During the contest in the East African nation, out  of favour Deputy President  William Ruto, 55 years, who went into the election against the wishes and desires of his principal, President Uhuru Kenyatta who backed Mr Odinga, 77, to succeed him emerged victorious riding on the back of peoples’ power and a near perfect electoral system which ensured that votes, though delayed in counting eventually counted.

Ruto who was running for the presidency for the first time contrary to Odinga’s fifth attempt at the office has served as Deputy President for 10 years  under Uhuru Kenyata regime.  Kenya’s Electoral Commission Chairman, Wafula Chebukati who said “I have done my duty despite receiving threats to life” announced Rutoas taking 50.5percent of the votes against Odinga’s 48.8percent indicating a tight race in a country whose elections are historically characterized with violence.

It is therefore our considered opinion that the character, disposition and indeed the independent mindedness of Kenya’s electoral umpire in which the chairman explicitly presented himself as the table upon which the bulk stops as enshrined in the country’s electoral bye-laws and constitution not minding the four commissioners who attempted to play the spoiler game will continue to act as the deciding factor in the outcome of the election. In instances like what obtain in election matters, arbiters should refrain from speaking through sign and body languages but to be firm and steadfast in holding their positions to the extent that there will be no room to call their authorities to question.

As we continue to commend the efforts of the Independent National Electoral Commission (INEC) on the incremental feats achieved in the conduct of recent elections  in Edo, Anambra, Ekiti and recently Osun States, we make bold to challenge the commission on the all important 2023 general election. It must not only be independent in all material respect but must also be seen to be transparent and independent by all stakeholders with particular emphasis on the electorate whose fate would be decided by the outcome of the election. INEC, as it was in Kenya, must ensure free, fair and credible polls next year.

It is for good reasons that we commend INEC for coming out swiftly to debunk the rumour on its abandonment of electronic transmission of election results to a central server as provided for in the 2021 Electoral amendment Act. Manual collation and transmission of election results in Nigeria have long been the bane of the nation’s election history and should not be allowed into the system through the back door.

As was in the case of Kenya’s election, the outcome of Nigeria’s 2023 general election will depend largely on INEC’s capacity and determination to make the Biometric Voters’ Accreditation System (BIVAS) very functional. The commission has time enough to retool its systems and processes with the view to correcting identified challenges or flaws in the deployment of the machine.

We agree with the generality of analysts and international election observers who acknowledged that Mr Ruto’s win is rightly the focus of Kenya’s 2022 election, but equal attention should be given to Kenya’s electoral commission which came into this poll with a terrible track record. But its decision to post results from the more than 46,000 polling stations on its website – accessible to anyone who wanted to do their own tally – allowed the media and the public to be part of the process. INEC should resolve to start from where Kenya’s electoral commission stopped in terms of performance, transparency and independence.

Kenya’s presidential election experience has equally shown that dynasties, traditions and authorities can be interrogated, challenged and indeed overthrown on grounds of superior arguments, options and alternatives. Structures, conventions and traditions are no longer sacrosanct in deciding the outcome of elections as oppose to candidates who demonstrate credible evidence and capacity to provide workable solutions to institutional problems such as corruption, insecurity, divisiveness and economic down turn confronting Nigeria.

That Odinga rode on the back of the Kenyetta and Uhuru dynasties was not enough to break the will of Kenyans who have long desired to extricate themselves from the stranglehold of the old order. Nigerians must be allowed to own the outcome of the 2023 general election in the interest of posterity.

Therefore we make bold to declare that campaigns by candidates ahead of next year’s poll must be issue-based with the electorates been  presented with practical and realistic work plans on how each political actor would want to deliver the now proverbial dividends of democracy to the people. Kenya is a country fond of political metaphors. Mr Ruto’s stunning victory is akin to his party’s modest symbol, the wheelbarrow, running a seven-tonne tractor off the road. Mr. Odinga had the backing of the state machinery while several opinion polls, which Mr Ruto had dismissed as fake, predicted his rival would win.

As Deputy President for the last 10 years he was, by default, an establishment candidate but he ran as an outsider, framing the election as between “hustlers” – poor Kenyans – and “dynasties” – influential families like the Kenyattas and Odingas who have been big players in the country’s political space. And the people of Kenya seem to have had their way in electing Ruto. Nigerians can equally have their way in 2023 if they choose to build a better future and not to embrace vote buying  as witnessed in recent state elections .  Our prayer therefore is that the INEC should endeavour to ensure that the vote of eligible Nigerians will not only be counted but be allowed to count in deciding the outcome of the general election.

It was like yesterday when Nigerians longed to be governed by one of their own as opposed to the current scenario where those angling to lord it over the people are principally the bourgeoisie  who reside mostly abroad only to visit Nigeria on every four year election circle to canvass for votes.

Kenya’s president- elect has been described as a great farmer considering that Ruto is one of Kenya’s biggest maize farmers. His expansive farm is evidence of his fortune. Women buy vegetables, bananas and eggs from the farm and sell them in markets in nearby towns, while the men work as casual labourers on the farm. That is how much he is connected with the people. Nigerians desire and indeed deserve such relationship with their leaders as 2023 general election beckons.