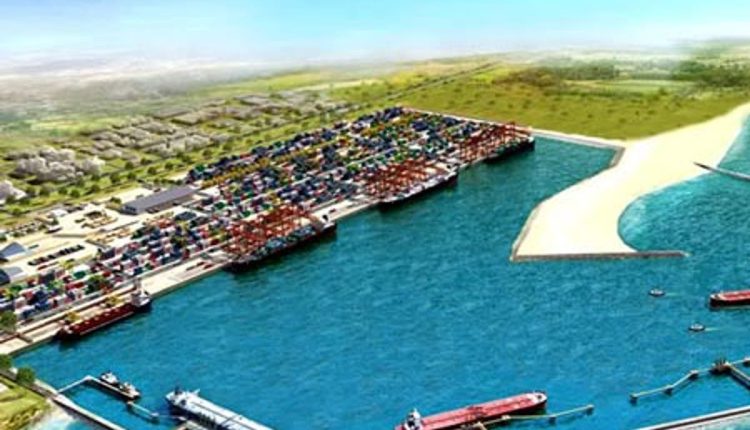 Alhaji Muazu Sambo, Minister of Transportation, has said that the Lekki Deep-Sea Port project would create 112,000 jobs to Nigerians upon its completion.

Sambo gave the declaration on Sunday while speaking to newsmen in Jalingo.

He said that the port, which was second in Nigeria after Onne Deep-Sea Port, has the potentials to garner more revenues for the country.

The minister also said that the project would impact positively on the nation’s economy.

“The Lekki deep-sea port project, which is the second after Onne Deep Sea Port in Nigeria, is very significant because the largest ships in the world can berth at the Port.

“That means more tonnage, more cargo, and more revenue for the port and for the country, more economic activities.

” And above all, more jobs,  like I said,  over 112, 000 both direct and indirect jobs will be created as a result of the creation of the Lekki deep-sea port.

“This will be in the first few years and as time goes on and as activities expand, the number of jobs will even multiply and that is what is good for us.

“For as more jobs we have, the more our ability to put food on the table of many Nigerians,’ Sambo said.

Sambo said that his redeployment from the federal ministry of Works and Housing to Transportation would not affect the ongoing execution of road projects in the state.

According to him, the ongoing road projects in the state will be completed by the latter.

Sambo assured that he would explore the option of ‘Corporate Social Responsibilities’ from agencies in the Federal Ministry of Transportation, which would positively impact the lives of the people in the state.

“I have been given assurance from the Ministry of Works and Housing that as soon as funds are released from the federal ministry of Finance, contractors will receive their outstanding payments and will be able to continue with their work.

“My movement to the ministry of Transportation does not mean that the impact of infrastructure in Taraba as far as the road is concerned will end.

” Even in the federal ministry of transportation, we have agencies that have corporate social responsibilities to execute projects.

“Such corporate social responsibilities will include all those activities that will touch the lives of the common man including township roads.

“And I intend to explore that option to be able to bring more succor to the people of Taraba State,” the minister added.

Sambo advised political party supporters in the state to imbibe the spirit of peace and brotherliness during and after the political parties’ campaigns.

“Any other contest is a matter that ends here. Everybody wants to win an election ostensibly to better the lives of his people, so whosoever wins should be embraced.

” There is no contest worth shading the blood of a brother and a sister or even habouring hatred, just because you support one candidate and I support another,” he urged. (NAN)