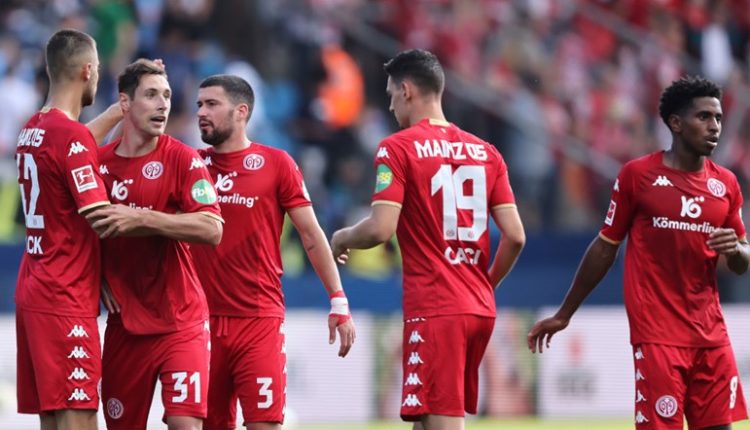 A goal in the fourth minute of injury time from French defender Anthony Caci denied Hertha Berlin a second win of the season, away at Mainz.

A 30th-minute goal from another French defender, Hertha’s Lucas Tousart seemed to have secured Mainz-born Berlin coach Sandro Schwarz a win against the team he coached from 2017 to 2019,

Then Caci skimmed a shot into the bottom left corner of the goal with just seconds remaining.

The home side were disappointing in the first half, conceding the opening goal after an error from Maxim Leitsch.

The ball trickled to Chidera Ejuke, who found an unmarked Tousart in the box, with the Frenchman heading past a helpless Robin Zentner.

With the clock winding down, Mainz turned up the heat, going close through Karim Onisiwo in the 85th minute.

With the last kick of the game, Caci’s strike – the first home goal of the season for Mainz – snared his side a valuable point.

Schwarz, who was returning to Mainz for the first time as coach of another team, said: “we didn’t give away many chances at goal – then we just got unlucky with the 1-1”.

“It’s bitter, it’s frustrating, that we didn’t win this game.”

Mainz could have gone second with a victory, but finished the night in seventh and are still chasing their first home win of the season.

Despite the last-minute equaliser, Hertha – who narrowly avoided relegation last season in a two-legged playoff win over Hamburg – are unbeaten in three matches.

City rivals Union entered the weekend top of the Bundesliga table for the first time in their history and host Wolfsburg on Sunday in Berlin.