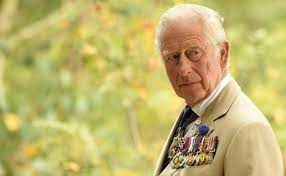 British High Commissioner to Nigeria, Catriona Laing says King Charles III will continue to maintain and strengthen the relationship between the UK and Nigeria as her Majesty, Queen Elizabeth II did.

Laing made this known on Monday during a news conference following the death of Queen Elizabeth II who passed on Sept. 8, and the ascension of the new King, Charles III.

Laing said that Nigeria “is very important to the United Kingdom”, noting that King Charles as well as other members of the Royal Family share the same love and passion that the Queen had for her Commonwealth nations.

“King Charles visited Nigeria in 2018; he met a variety of people, from the youths of the country to traditional leaders.

“And he follows Nigeria closely, he reads my telegrams closely and he will continue to maintain that interest and affection for Nigeria.

“As we mourn the departure of an amazing woman, we celebrate her life and we look forward to King Charles III.

“Nigeria is very important to the UK and the biggest and the most important country in Africa, everything is here.

“Like everybody else, the Queen, the King, and the Royal family witness the role Nigeria plays on the world stage with very significant figures and very important places. So Nigeria is watched particularly.

“And I think it was her visit here when she was able to travel so wide and she was inspired by the amazing spirits of the people of Nigeria. It has been very helpful to me to have such strong bonds.

“She is very passionate about the Commonwealth but I believe personally that Nigeria has a very special place in her heart of Prince Charles III,” Laing said.

On the specific areas of interest and strengthening ties with Nigeria, Laing said that King Charles III and President Muhammadu Buhari “have a mutual interest in climate change and protecting the environment”.

Laing said that King Charles was also very keen on bringing a fresh light to the Commonwealth, to make it more engaging for the youths.

“The new king has had a long time to prepare for this role, so we have a good idea of the issues that he is passionate about. And one of them is the environment and climate change.

“He was well ahead of the curve in identifying the importance of protecting our environment if we want to be able to pass that to our future generations.

“So that is one of the areas of the meeting of minds between your President and our King. That is an area as we head to CUUP 27 and continue to strengthen our relations.

“Another area the king is very interested in is history, the history of the Commonwealth and he has formally taken on the role from his mother.

“And I think he will make an absolute commitment to bringing fresh light to the Commonwealth to be engaged with the youths,” Laing added.

Laing appreciated Buhari for commiserating with the UK government with orders that the Nigerian flag is flown at half-mast in all its diplomatic missions across the world.

She said that the High Commission would communicate to the Nigerian public in the coming days about the activities to commemorate the funeral of Her Majesty.

The News Agency of Nigeria (NAN) reports that the coffin of the late Queen is presently resting at St. Giles Cathedral in the Scottish Capital of Edinburgh after it traveled from Balmora Castle where she passed to the Royal family’s residence, Holyrood Palace in Edinburgh.

The body will leave Scotland for England on Sept. 13, where it will rest at the Westminster Abbey for people to pay their final respect to her until her funeral on Sept. 19. (NAN)