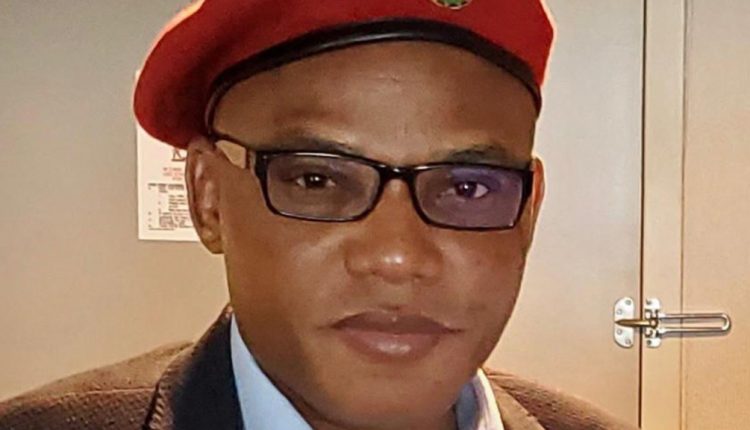 The High Court of Abia State on Tuesday adjourned the hearing of the case involving the detained leader of the proscribed Indigenous People of Biafra, Nnamdi Kanu, till October 7, 2021.

The vacation judge, Justice K. C. J. Okereke, took the decision as the Federal Government of Nigeria and five other respondents in the case have yet to file their response to the suit brought before the court by court, challenging the alleged infringement on his fundamental human rights.

In the suit, no HIH/FR14/2021, the respondents include the Federal Government of Nigeria (1st), Attorney General of the Federation (2nd), Chief of Army Staff (3rd), Inspector General of Police (5th), Director General, State Security Services (7th) and three others.

It was reported that Kanu, through his lawyer, Aloy Ejimakor, on September 7, asked the court to award him N5bn as damages for the breach of his fundamental human rights which began with the 2017 extrajudicial attempt on his life in Abia, his involuntary flight to safety/exile, his abduction in Kenya, and his extradition to Nigeria.

He had prayed the court to declare that his arrest, torture and detention were unconstitutional.

He also prayed the court to declare that his expulsion from Kenya to Nigeria, as well as the military invasion of his building in Abia in 2017, were illegal and unlawful.

The IPOB leader had secured an order from the court to serve by substituted means an application for enforcement of his fundamental rights.

At today’s hearing, it emerged that out of the eight respondents, only two – the DSS in Abuja and Umuahia – have filed their responses to the suit but their processes were filed out of time.

Nothing was received from the other six respondents, which include FG, the Attorney-General of the Federation and the Nigerian Army.

The judge subsequently adjourned the case till October 7 to allow the other respondents filed in their responses.

In making his ruling for adjournment of the matter, the Judge noted that Kanu shall be entitled to certain reliefs against any party that fails to timely respond to the Suit.

When asked about the chances of success of the suit, Ejimakor drew some inspiration from the September 17 2021 fundamental rights judgment of Oyo State High Court in favour of Yoruba Nation agitator, Sunday Adeyemo (Igboho) and against the Federal Government.

Ejimakor said, “The Oyo State High Court judgment in Igboho’s case (which is similar to Kanu) restates the locus classicus on the wide jurisdiction of State High Courts when it comes to enforcement of the fundamental rights stipulated under the Nigerian Constitution and the African Charter.”