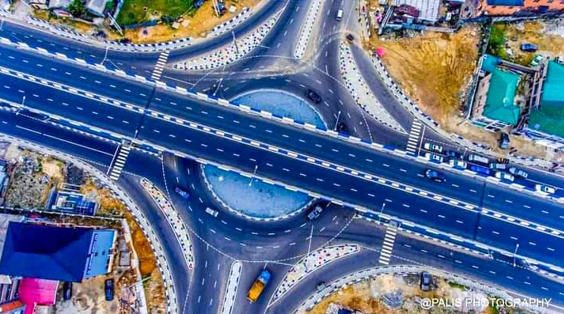 This was the emphatic submission of the former Governor of Edo State, His Excellency, Comrade Adams Oshiomole who was also a former Chairman of the country’s ruling party, the All Progressive Congress (APC).

Adams Oshiomole made the assertion in Port Harcourt the Rivers State Capital where Julius Berger’s technical signature of excellence and commanding engineering brilliance eloquently tells the worthy story of the company’s matchless operational strength, contractual commitment, progressive loyalty to besting its own leading records of reliability as the nation’s contractor of choice for durable infrastructures and building construction.

At the ceremony, the Executive Governor of Rivers State, Chief Nyesom Ezenwo Wike, CON, celebrated and thanked Julius Berger for its committed professional partnership with the State Government for the development of critically needed infrastructure in the State for the beneficial use of the Rivers people and, indeed, Nigerians.

Speaking at the event in Port Harcourt, the Managing Director of Julius Berger Nigeria Plc, Engr. Dr. Lars Richter said that the contract for the construction of the Rumuepirikom flyover was awarded to the company on the 6th day of Ma, 2021 with a completion period of twelve months.

The project, Richter emphasized, was completed as contracted even as it was achieved with ‘good quality.’ Richter thanked the community which had to endure “huge inconveniences” during the construction period.

He commended the community for its peaceful and very kind cooperation while the construction works lasted. Very significantly, the Managing Director singled out Governor Wike for appreciation, particularly for his consistent moral and financial support to the company throughout the construction of the flyover, which led to the successful delivery of the project.

Comrade Oshiomole, later about the Julius Berger Managing Director’s remarks by which Engr. Dr. Lars Richter commended and thanked Governor Wike for his moral and financial support to the company for the success of the project, got the large audience roaring with meaningful laughter when with a good-nature red chuckle he asserted that “to achieve this type of great and qualitative infrastructure that is visible in Port Harcourt for all of us to see, Julius Berger does not need moral support…Just pay them their money and they get the job done with excellent results; they remain matchless in terms of contractual performance, engineering competence and technical quality”.

Oshiomole also commended and congratulated the Rivers State Government for its wisdom and prudence in subscribing to the proven and lasting Julius Berger quality and impeccable engineering standards in its execution of serious infrastructural works in the State.

Earlier during the festival of projects commissioning, the Sir Dr. Peter Odili Cancer and Cardiovascular Disease Diagnostic and Treatment Centre, also built by Julius Berger and equipped by General Electric, was also commissioned by the Rivers State Government. His Royal Highness, Ado Bayero, CFR, the Emir of Kado, was the Special Guest of Honour at the commissioning of the hospital.

Engr. Dr. Richter in his remarks at the ceremony also thanked Governor Wike for the trust reposed in Julius Berger to handle the project which is a pioneering initiative in Nigeria in many significant ways.

He described the Centre in Port Harcourt as “a state of the art and modern medical facility specialized to deliver high-levelevelgnosis and treatment for chronic diseases in Nigeria”, adding that “the hospital is designed specifically as a cancer treatment facility, featuring advanced healthcare services such as chemotherapy and nuclear medicine.”

D.r Dr. Richter asserted that the hospital will serve as both a catalyst and inspiration as well as a new standard for the development of essential healthcare solutions in Nigeria. Richter added that the Centre would turn Rivers State into a medical tourism destination.

It also consists of a pathology laboratory, a  radiology department with both MRI and CT Scanning facilities, doctors’ consulting rooms, a pharmacy and a restaurant and coffee shop facility for patient and visitor refreshments.

Richter said all of the above facilities were conceived by the Rivers State Government and built by Julius Berger to alleviate human suffering and provide next-level health care to Nigerians and the international community in Nigeria.

On behalf of the Board and executive management, D.r Richter commended and thanked Governor Wike for his foresight and vision which birthed the ‘momentous project’ now delivered by Julius Berger Nigeria Plc.

The 9th flyover bridge, the Nkpolu-Oroworukwo flyover for which the contract was awarded to Julius Berger on Monday, 22nd February 2022, was contracted for delivery in 12 months.

At the Contract signing ceremony in Port Harcourt, Julius Berger MD, Engr. Dr. Lars Richter, with palpable professional confidence, had assured Governor Wike and the people of Rivers State that, with the strong commitment of the client, the 9th flyover would also be successfully delivered as scheduled and to the highest technical standard, “the Julius Berger standard.”

Within the planned contract schedule, Julius Berger operationally worked and delivered the Nkpolu-Oroworukwo flyover and it was commissioned by the Rivers State Government on Thursday, 17th November 2022.

As the Rivers State Government and people celebrated the commissioning of the Nkpolu-Oroworukwo flyover bridge with the Special Guest of Honour, Mr. Peter Obi, Dr. Lars Richter again thanked Governor Wike for giving Julius Berger the opportunity of being its preferred technical partner for the huge infrastructural transformation and urban renewal of Rivers State, particularly Port Harcourt.

Engr. Dr. Richter also thanked the Nkpolu-Oroworukwo community for its peaceful and helpful cooperation and support throughout the construction of the project.

Another Julius Berger constructed road project, the Mgbuitanwo internal road project in Emohua local government area was also commissioned on Monday 21st November 2022 in Rivers State. The former Governor of Kano State and former Minister of Defence, His Excellency, Dr. Rabiu Musa Kwankwanso, a distinguished Fellow of the Nigerian Society of Engineers (FNSE) was the Special Guest of Honour at the event in Mgbuitanwo in Rivers State.