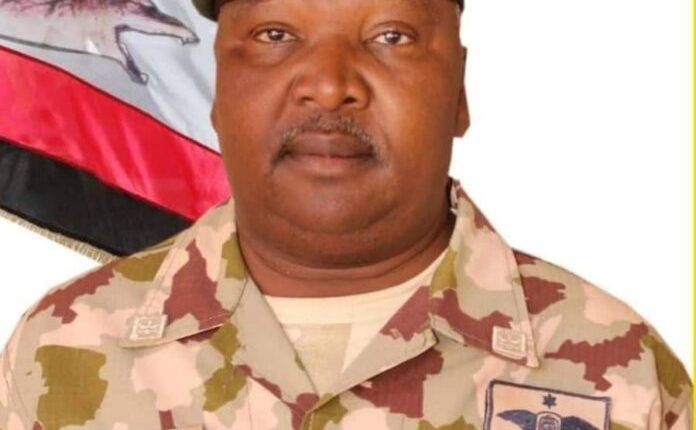 Professor Babagana Zulum of Borno state will tomorrow visit the family of slain General Dzarma Zirkisu as a mark of honour for his selfless service towards the people of the state and the nation which led him to pay the supreme sacrifice.

Resultantly, Governor Zulum has postponed several projects slated for commissioning in the Southern senatorial axis of Borno state in honour of the slain Brigadier General.

“Governor Babagana Zulum has postponed his scheduled commissioning of projects across local government areas in Southern Borno, to honour.

the Commander, 28 Task Force Brigade, Chibok, Brigadier General Dzarma Zirkusu and three soldiers who died at the weekend, during a battle with terrorists who failed in an attempt to capture a military base in Askira-Uba local Government area.

“The tour was to start on Tuesday with dozens of completed Government projects, mostly schools and healthcare centres, lined up for commissioning by the Governor in the southern zone” said his spokesman Isa Gusau.

Announcing the postponement of the tour through his spokesman, Isa Gusau, the Governor said he will undertake the commissioning tour, after traveling Tuesday, to visit the family of late General Zirkisu whose family lives outside Borno State.

Zulum’s trip is to convey the deepest sympathy of the Government and people of Borno State to the immediate family of the Brigadiers-General.