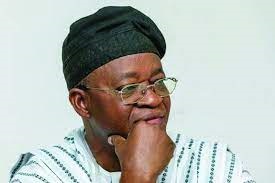 The government of the State of Osun has approved the construction of the 9.65km Ila-Orangun (Tafa Balogun Junction) – Arandun (Kwara Boundary), in Ila local government area of the state.

The approval is part of its efforts to improve accessibility to communities and open up economic activities across the state.

In a statement signed by the Commissioner for Information and Civic Orientation, Mrs Funke Egbemode, after the State Executive Council meeting on Monday, Osun government said the award of the construction, was estimated to be completed in eight months via the Alternative Project Funding Approach, APFA.

The reconstruction is expected to be completed in six months.

The Oyetola-led government meanwhile restated its commitment to infrastructural developments towards bringing economic growth and prosperity to the state.

The government also announced the appointment of Prince Taiwo Abdul-rasaq Adegboye as Alawo of Awo Town in Egbedore local government area of the state.

Recall that the stool became vacant following the demise of Oba Musa Olatunbosun Adebayo on June 24, 2020.

Prince Adegboye’s appointment, which takes effect from Monday, September 13, 2021, followed a majority vote in his favour during a meeting of the Kingmakers of Awo Town on September 2, 2021.

Alawo of Awo chieftaincy is a recognised title according to Part 2 of the Chief’s Law (Cap 25) of the State of Osun, 2002.