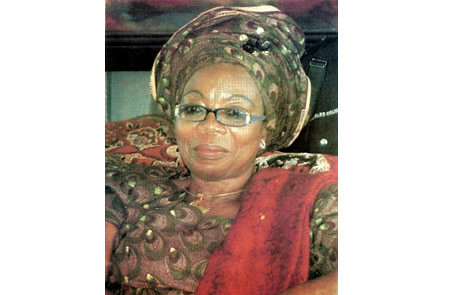 In line with digitalization of education, Imo state government has declared compulsory computer for all primary school teachers in the state.

According to the chairman Imo state Universal Basic Education Board (IMSUBEB) Dr Ada Okwuonu the present administration of Governor Hope Uzodinma as directed the  training and re-training of teachers in the state school system in compliance of the modern trend.

Dr Mrs. Ada Okwuonu- explained that the measure became necessary to promote and inculcate computer literacy in the  teachers, students and pupils since the computer age had come to rule the world.

Mrs Okwuonu, who was once the Deputy Governor in the state during the tenure of Chief Ikedi Ohakim, said this while receiving the executives of the state correspondents’ chapel of the Nigeria Union of Journalists (NUJ) Imo state council in her office Thursday.

She further said that the state government had already procured and distributed a number of mathematical, technical education, and basic Science materials to primary schools in the state.

“The federal government is interested in early child education to catch them young and we are ready to identify with this worthy venture hence we have been regular and consistent in the payment of our counterpart funds”.

She however harped on the importance of education in national development and to the citizenry warning “half-baked educated children usually constitute nuisance to society”.

She appealed to media practitioners to always accord premium to media publicity of education which she said is the engine of growth and societal transformation.

Chris Njoku-Chairman of the Correspondents’ chapel had earlier congratulated Okwuonu on her appointment, hoping that as a tested and experienced hand in the teaching profession, she would use her wealth of experience to reposition the state school system.

Njoku who is the state correspondent of the Daily Nation Newspaper pledged the support of the chapel to her office.

NUPRC to collaborate with PENGASSAN and NUPENG for industrial harmony

We can only achieve National Security through collaboration with relevant…

Obaseki assures support for tertiary institutions in Edo to…

We can only achieve National Security through collaboration…