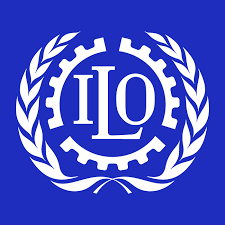 By AKOR SYLVESTER-Abuja
The International Labour Organisation (ILO) has extoled Nigeria for the ratification of two  Conventions – C187 (2006) Promotional Framework on Occupational Safety and Health and C 190 (2019) on Violence and Harassment.
The Director General of the ILO,  Gilbert Houngbo paid the tribute Tuesday, in Geneva Switzerland, during the presentation of two   Conventions  which Nigeria ratified,  to the Governing Body of the organisation by the Minister of Labour and Employment, Chris Ngige.

He said the ratification of both conventions by Nigeria in one year, demonstrates the exemplary commitment of President Buhari to the enthronement of decent work and elimination of violence in work places.
Noting that Nigeria is the first African nation to join the ILO, Houngbo commended her leading role while pledging more technical assistance to enable Nigeria make more progress in the world of work.
In his speech, the Minister of Labour and Employment, Chris Ngige who commended the new Director General on his assumption of office , described his election as historic being the first African to occupy the position.
He said it was a new chapter in the leadership history of the world body, remarking that his leadership of the ILO at this period in world history was significant in many ways.
“You have come on board when the fragile recovery from the global COVID-19 pandemic and the accompanying unpredictable impact of climate change coupled with the current disruption of food and energy supply and other supply chains, surging overwhelming global inflation, crises arising from the hostility between Russia and Ukraine have all cumulatively engendered and triggered full-blown global recession.

“Secondly, providence had prepared you to steer the ship of the
world of work through these turbulent and challenging times having made you serve this body in previous administration as one of the Deputy Director Generals.
“It is in the light of these development that Nigeria pledge her support and commitment to the success of your administration as it relates to the ILO global coalition for social justice and the renewed call for a new social contract. Nigeria will continue to support your effort at ensuring that the ILO’s normative system at work and for social justice is sustained.
“It is also in furtherance of this our shared commitment to protect Africa’s largest workforce against occupational injuries, diseases
and even death at work; and the determination to create a work space based on human dignity, respect and right at work, freedom from violence and harassment that prompted the Nigerian Government under the leadership of President Muhammadu Buhari GCFR to after due consultation with the most representative organizations of employers and workers and all relevant stakeholders to ratify the two conventions, which we are depositing the instruments today.”
Speaking on the two conventions which Nigeria ratified and  deposited  , Ngige further said,  “key amongst the features of Convention No.190 that inspired government’s attention is Gender-Based Violence (GBV) which is one of the most prevalent, yet hidden human rights violations, and which constitutes a primary barrier to achieving gender equality, particularly in the World of Work.

“Gender based violence  stands as an impediment towards realizing the Sustainable Development Goals, particularly Goals 5 and 8 on Gender Equality and Women’s Empowerment, and Decent Work and Economic Growth respectively which fall directly within the purview of ILO’s mandate.”
He added that necessary processes to ensure the effective domestication and implementation of these Conventions have commenced, noting that the measures include but not limited to declaration of State of Emergence by the Nigeria Governors Forum on Gender-Based Violence; inauguration of Inter-ministerial Gender-Based Violence Management Committee.
Others includes Senate approval of the Sexual Harassment Bill in furtherance of the legislative agenda to protect women’s rights; a formal signing of agreement by the Nigeria Police, National Human Rights Commission and the National Agency for the Prohibition of Trafficking in Persons (NAPTIP) to join forces to combat the menace .
The Minister  remarked that  the deposit of  the two ratified conventions was historic in that  is the first time  the current administration would  ratify two conventions within a year, adding  that it has brought to 42 , the number ILO conventions already ratified by Nigeria  .
“More ratifications are on the way, especially those on Labour Migration and its supplementary conventions; and Private Employment Agency Convention N0. 181, which are the topical contemporary issues in the world of work today, and these conventions will hopefully come up for deposition on or before the next the Governing Body session in March 2023.
He said their ratifications have been approved by the Nigerian Federal Executive Council.
In a statement signed by the Deputy Director, Press and Public Relations, Olajide Oshundun, the minister further called on the Director General to assess and
collaborate with Nigeria through the Abuja country Office in identifying gaps for technical assistance in the development, improvement and implementation of required national policies and programmes on all  conventions ratified by Nigeria.
Continue Reading
ILO commends Nigeria’s commitment to decent work
30
Share FacebookTwitterWhatsAppPinterestEmailFacebook MessengerLinkedinTelegram