I’ m bonded for life with the Glo brand, says Car winner in promo 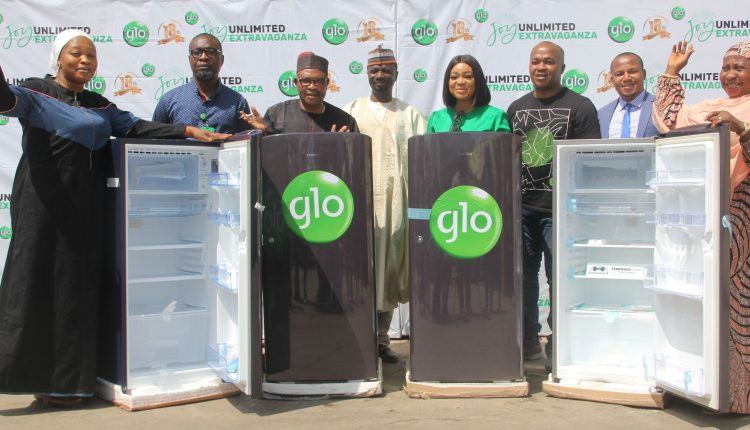 According to the 52 years old Gwarimpa, Abuja-based realtor, “I was on my way to the office when I got the call that I had won the car. Everything since that point has been like a dream. I have for a few months been saving up to replace my old car which was involved in an accident. That is why this gesture from Glo is stunning. I am forever bonded for life with the Glo brand from today.”

Obekpa thus became the 14th Nigerian to win a brand new car in the Glo promo.

The event which marked the second time that Globacom is presenting prizes to winners in Abuja was held at Gloworld, Aminu Kano crescent, Wuse 2 where 108 other winners were also presented with their prizes including 38 television set, 32 refrigerators and 38 generators.

The winners including Maryam Buda and Joseph Negedu thanked Globacom for giving them the opportunity to benefit from the promo. While Buda, a Business Administration undergraduate student of Taraba State University said, “I was surprised as I was in Taraba State when I got the call. I feel great and want to say a big thank you to Glo for making me feel special today”, Negudu exclaimed, “Wow! Just like that, I have a brand new television and it’s all thanks to Glo. It is truly wonderful and I’m so glad I belong to a network that cares about its subscribers”.

Representative of Globacom at the eventy and State Activation Manager, Ibrahim Katsina, explained that, “We launched this promo in furtherance of our commitment to give more value to our subscribers as they use their Glo lines. It has been an honour to have fulfilled the promises we made to our subscribers”.

Attesting to Globacom’s commitment and integrity, Assistant Director of the National Lottery Regulatory Commission, Mr. Martins Oteh said: “Throughout this consumer promotion, Globacom has time and time again fulfilled all its promises to consumers for their participation in the promo. They have created a win-win situation for both them and their subscribers”.

The event was the seventeenth prize presentation exercise in the Glo Joy Unlimited Extravaganza promo where thousands of Household appliances, Glo freebies as well as  14 brand new cars have been presented to winners across the country

Gloworld, Adeola Odeku, Victoria Island is the venue of the next presentation event which comes up 27th of January and where the 15th car winner will emerge alongside winners of another set of household appliances and Glo freebies.