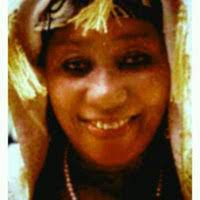 In the event that a parent or guardian refuses to enroll his child into school in Katsina State, the law that provides for a legal action against such persons may come into force next month.

The Chairperson of the state chapter of High Level Women Advocates (HiLWA), Hon. Mariya Abdullahi, gave this assurance in an interview with journalists yesterday in Katsina in the sideline of HiLWA cluster training of 200 female principals and teachers on menstrual hygiene management in schools and preparations for establishing of pad banks in Junior Secondary Schools (JSS) in the state.

HiLWA, she said, will soon commence the mobilization and sensitization of traditional rulers, religious leaders and other key stakeholders across the state ahead of the implementation of the “law to Promote Children’s Access to Basic Education in Katsina State and for Connected Matters” which has been gazetted after it was passed by the Katsina State House of Assembly last December.

“We know that its implementation is not going to be easy for us, most especially in local government areas facing security challenges. All the same we will ensure that every child of school age from this September, will not be seen roaming the streets when it’s time for school; Everyone should be involved,” she stressed.

While expressing gratitude to the Katsina Assembly for enacting the law, she however implored the legislature not to hesitate to equally passed the bill to provide for 35% decision making positions in the education sector for females in the state.

“We intend to meet with the Katsina State House Committee on Education to discuss how we intend to go about the law that has been passed. At the same time, we intend to remind them about the bill for 35% decision making positions for females,” she disclosed.

Recall that the Katsina Access to Basic Education Law provides, among others,  for N10,000 fine or six months imprisonment for a parent who refuses to enroll his child into school without lawful cause