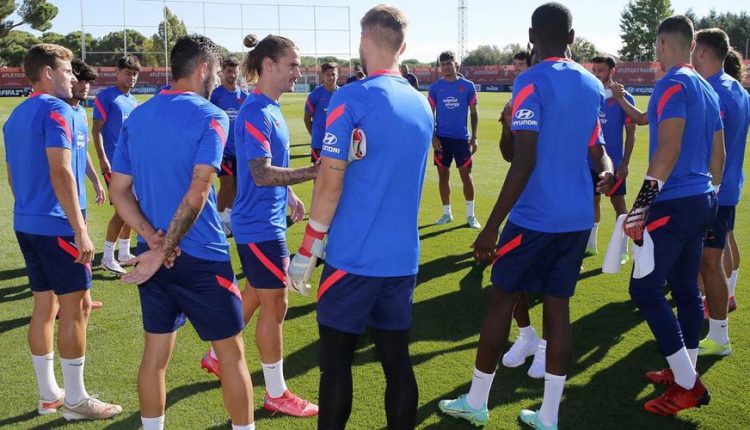 Forward Antoine Griezmann is set for his second debut with Atletico Madrid when they travel to Espanyol this weekend, after rejoining the champions from cash-strapped Barcelona on the final day of the transfer window.

Griezmann, who had joined Barca from Atletico in a 120 million euros ($141.94 million) transfer in 2019, re-signed on a loan deal after it became clear the Catalans needed to get him off their wage bill for the season.

The Frenchman knows he will have to win over the Atleti supporters again, but said he was ready to prove his worth.

“I’ll give everything for the fans, whether they’re at the ground or watching on TV. I want them to know that I’ll try and make them proud,” Griezmann said.

“We had a great relationship and it’s something I want to have again. I know that’s down to me, and I’ll give my all to ensure that happens – it’s actions rather than words.”

Atletico, along with city rivals Real Madrid, face a race against time to see if their South American contingents will arrive back and be ready to play come Sunday.

Real host Celta Vigo at 2000 local time, while Atleti’s trip to Espanyol kicks off at 1400.

The two Madrid sides have several players who have been involved in the extended CONMEBOL World Cup Qualifying international window, with a number of them only returning to Spanish soil on Friday.

Barcelona versus Sevilla and Villarreal against Alaves were postponed following Spanish government intervention after the Spanish FA (RFEF) had refused the request.

Given European commitments on Tuesday, the games could not be moved to Sunday and will be played later in the season.