Global Oil demand will continue to grow even after 2050-experts 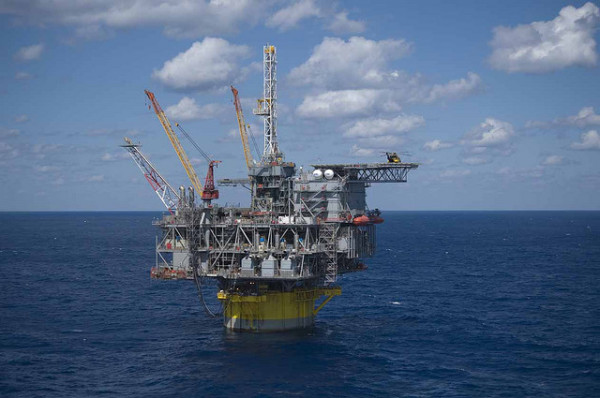 The Global Oil demand will continue to grow even after the year 2050 as renewable energy cannot replace Fossil Fuel. We need all energy sources, while technology is an enabler, it has its own limits.

“The impact of climate change policies on oil demand are highly exaggerated – The impact is mostly on demand growth, not on demand itself. – African countries can reduce their carbon footprint by focusing on energy efficiency and the low hanging fruits, save oil & gas for exports or value added industries and place solar and wind projects strategically”, he said.

He maintained that we need all energy sources, while technology is an enabler, it has its own limits.

Speaking on Energy Politics, he said, “It is easy to separate oil from water, but impossible to separate oil (energy) from politics. So energy is a political football”, adding that “when politics and markets collide, expect a crisis

The Energy Advisor, stated that some dreams become reality, so global Oil demand will continue to grow. Dependence of Most Industrial and Emerging Economies on Fossil Fuel Remains High.

Carbon Neutrality, reducing carbon according to him is only small part of carbon neutrality policies. “Mitigation is the larger part. Most carbon neutrality actions are gimmick and accounting games”, stated Alhaji.

“How companies are reducing their Carbon footprints, play the game, control the policies, focus on low hanging fruits, after the low hanging fruit, it is all an accounting game”, he stressed.

Forecasting Problems? On consumption of Fossil fuel, he said, lessons from Historical Trends in Energy Consumption and Technology Adoption, technologies that have been widely adopted have three characteristics: namely, it gave people more freedom in movement and time of use, it is supported by market sources without government direct subsidies to buyers and the benefits were priceless.

Speaking in the same vein, the President, Strategic Energy & Economic Research, Michael Lynch, said, Oil and Transport are not the primary problem.

The move to greener cars according to him are not visible as consumers are not embracing greener cars the way they have embraced larger ones, SUVs. Source: IEA, World Energy Outlook, 2019

“Enabled by a new industrial cluster focusing on lightweight materials, such as carbon-fiber composites,” efficiency could cut oil use by 52% by 2025 “Recent advances in biotechnology and cellulose-to-ethanol conversion can double previous techniques’ yield, yet cost less in both capital and energy” Meeting another 25% of oil demand.

He maintained that stone is still a big business. Illustrating it with the graph below.

This implies that even though we are no longer in the era of stone age but stone is still a big business as it is used for various works in life. We abandoned Coal after the discovery of Oil in Nigeria but China is still using Coal to generate electricity. This means Fossil Fuel will continue to remain relevant across the globe not minding the aggressive campaign for transition to renewable energy

The Energy and Economic Researcher noted the policy challenge in making the best use of the Oil resource.

Speaking on Climate Change, he said, Oil is not the only target but big one as policies will reduce Oil demand. Consumers want to reduce their GHG Emission superiority of electric vehicles which are cheaper and lower maintenance.

However, the Executive Director, Institute of Geopolitics of Energy &Strategic Resources, Washington D.C, Paul Michael Wihbey, opined that the age or era of Oil, reliance on natural Gas will continue as there is no substitute for Hydro Carbon.

Corroborating his view on this burning issue, the Lead Promoter, Energy Hub, Felix Amieyeofori, said those bulk industries such as cement Companies, Big Industries will still be relevant to the market as renewables cannot run the global economy now. But he noted that there is pressure in the global economy to transit to renewables. However, he said Fossil fuel will still be in demand.

Globally he said, the world depend 60 percent on Oil and Gas.  The Lead Promoter of Energy Hub, noted that Africa has always been at the receiving end. Even though, Africa has about 40 percent share of the global economy.

He urged Africa to put its Ace together and propel the full use of the Fossil Fuel, adding that Nigeria can produce 2-4 million barrels a day. “There is very strong role Fossil Fuel will play in African Economy”, he stressed.