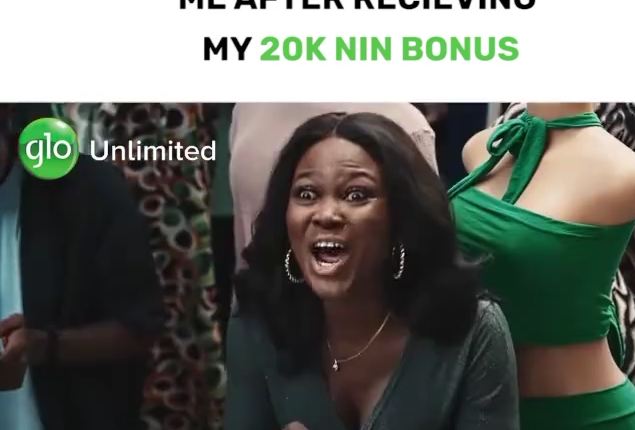 Globacom, the telecommunications power house, has brought renewed excitement to television screens and online platforms with its recently unveiled suite of adverts.

The adverts provide information on how subscribers can link their National Identity Number (NIN) to their Subscriber Identity Module (SIM) on the Glo network.

Commenting on the launch of the adverts, the company noted that the “Glo NIN Offer is a onetime bonus offer applicable only to customers who were barred from making outgoing calls on the Glo network as directed by regulatory authorities due to NIN non-compliance.”

Once subscribers link their NIN to their SIMS, they will get a N20,000 bonus which can be used to call, browse and text on the network.

“At Glo it is all about empowerment and value addition,” the statement continued. ”This is our welcome package to subscribers whom we have missed on the network.”

The adverts see a return to form for the telecommunications company with celebrity and influencer led commercials that are heavy on humour.

Riding on a mix of the old and modern, the adverts mine the town crier trope to great effect while the use of celebrities helps to heighten viewer engagement.

MTN’s profit up 47 per cent

MTN’s profit up 47 per cent