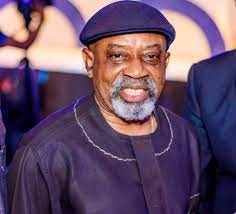 By AKOR SYLVESTER-Abuja
The Federal Government, Tuesday, presented a letter of approval of registration to an informal sector trade union, the Amalgamated Union of App-Based Transport Workers of Nigeria (AUATWON), amid jubilation.
Minister of Labour and Employment, Chris Ngige made the presentation at a ceremony in his office.

The membership of the new union comprises all app-based transport workers, online transport services, and e-hailing drivers and operators in Nigeria.
Making remarks before the presentation, Ngige described the registration of the new union as a milestone in labour administration, particularly in the trade union services segment, adding that it marks a continued global journey to formalise the informal sector, which constitute the larger population in the world of work.
The Minister noted that prior to now, the informal sector had been unmanageable, owing to lack of identifiable structural framework to harmonise and demarcate its diverse sectors.
Ngige said, “hitherto, we gave recognition and certification to workers in the formal sector, including the private sector, such as banks, oil and gas, insurance, among other technical areas, and the public sector workers in the unions of pensioners,  teachers and recently, the two newly registered university based unions, the Congress for University Academics (CONUA) and the National Association of Medical and Dentral Academics (NAMDA).
“Today, we are breaking new ground with those in the informal sector who are employing themselves and from there, employing others. The promoters of AUATWON applied for registration as a trade union on April 27, 2021 to cater for self-employed persons in the field of IT-based transportation services.

“We considered necessary factors and perimeters, especially the global move, which is sponsored mostly by the International Labour Oraganisation (ILO) to formalise the informal sector that has most of the working population in the world of work, characterised and independent owned-account workers.
“In our case today, we have a hybrid of the forgone in the informal economy who own and operate economic units which may also further include employers, and members of cooperatives and of social and solidarity economy units.”
Ngige said they also considered the changing world of work oiled by technology transformation as contained in the Centenary Declaration of the ILO in 2019, especially the need to ensure that such transformative changes were human driven.
He said in view of these considerations, his ministry decided to register AUATWON to enable the organisation of the new but growing segment of the informal economy.
Besides the creation of jobs, he said the registration of the union would enable the government to monitor the security component of transportation systems in Nigeria

“We are also backed by international position on the unionisation of workers who are self employed. The need to ensure that such workers enjoy trade union rights for the purpose of furthering and defending their interest, which includes collective bargaining, has often been emphasised in different fora, concerning the world of work.
“But for the self-employed, it is a different kind of collective bargaining, tailored to suit the peculiarities of the self-employed segment of workers, and the collective bargaining mechanism may transverse international shores of Nigeria, as such apps are usually foreign owned and operated.”
In this regard, he urged the union to observe the provisions of Section 3 of the Trade Disputes Act, CAP.T8, Laws of the Federation of Nigeria (LFN), 2004, which demands that they should deposit copies of Collective Bargaining Agreements (CBAs) with the Honourable Minister of Labour and Employment.
He charged them to also discharge their obligations under the Trade Unions Act, CAP T14, LFN, 2004, such as the rendition of annual returns to the Registrar of Trade Unions.
“The office of the Registrar of Trade Unions (RTU) will gazette your organisation in consonance with Sections 5(2) and (3) of the Trade Unions Act, and 90 days will be given for those who want to object to your existence. We will look at each petition on its merit and the RTU will write a recommendation.  Afterwards, we will invite you to give you the certificate of registration to operate as a full-fledged trade union.”
The President of AUATWON, Dr Adedaramola Adeniran appreciated the minister for the registration of his union to protect the interest of their members who belong to the informal economy.
Noting that before now they were threatened by lack of policy that protects their industry, Adeniran thanked the minister for doing a great job by realising the potentials of the gig economy and its ability to create employment for workers, especially in the informal sector.
He described the registration of the union as a step towards achievement of decent work practices in the Nigerian informal sector, especially in the area of social dialogue by the establishment of union to represent the needs of workers in the app-based transportation sector.
“This great job will protect workers by ensuring their safety, and promote responsibility of app-based unions.”
He said as a union, they will promote the interest of their members and seek redress for those who have experienced harm in the hands of their employers.
He assured that they will work and collaborate with important stakeholders including government, app-companies, both local and international organisations that will provide welfare for their members, among others.
Continue Reading
FG registers informal sector trade union
16
Share FacebookTwitterWhatsAppPinterestEmailFacebook MessengerLinkedinTelegram

How to survive the last week of January on a budget