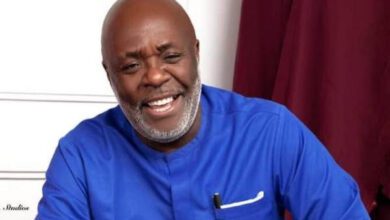 The Federal government, yesterday, commended Mudiame University for inventing the Aq-Diesel also known as Aqua-Diesel, saying it would help in solving the nation’s lingering energy crisis.

Aq-Diesel is the combination of water with diesel in the presence of catalysts and other reactants stabilized for power generation, electricity and transportation.

The honourable Minister for Science, Technology and Innovation, Olorunnibe Adeleke Mamora gave the commendation during the unveiling of the Aq-Diesel at the Mudiame University in  Irrua, Edo State.

The minister, represented by the Centre Manager, Technology Incubation Centre, Benin City, Mrs Ezeobiefuna Joy Omosede, said several universities have been existing in the country but have not been able to design their vision to solve a critical problem but Mudiame University has done theirs within the shortest possible time.

Mamora said the federal government will give them the necessary support if they ask to provide more solutions to other technical issues in the country.

“So, I have assured the university that I will continue to be partnering with you in the area of solving problems, in the area of accommodation, any area help is needed”, he said.

Speaking also, the Edo State governor, Mr Godwin Obaseki, while admitting that the university has made a giant stride in solving the nation’s energy problem, said his government knew the challenges faced by its citizens, thus the introduction of the Ossiomo power plant, powering some government facilities in the state.

“I want to state here that the state government on its part has been making efforts to address the energy issue in Edo State.

“You are all aware that the governor embarked on a project to power the state through the Ossiomo Power Plant which is currently supplying energy to the government facilities in Benin City and with the hope that shortly other parts of the city and beyond will be able to enjoy the power supply”, Obaseki said.

The governor, represented by Dr Bartholomew Brai, Commissioner for Digital Economy, Science and Technology, said the governor, to encourage technical education, has decided to build technical colleges across the 18 local government areas of the state.

Earlier, Chief Engr., Fuel Technology, USA, Dr Sina Davani, said Nigeria is the first country outside the USA to have had access to Aq-Diesel and Mudiame University is the first to have used it in Nigeria.

When asked about his motive for the invention of the Aq-Diesel and if the government could come in, he said “I think there is a possibility to involve the government in this.

“Our goal is to lower the cost for the end consumers. We want the fuel to be affordable with the person at the pump, and at the gas stations to be lower and I think if the government is willing to go partner with Fuel Technology USA and Mudiame University, I think it is very good.”

On his part, the founder, of Mudiame University, Prof. S. E. Eromosele, said the Russian and Ukraine war has further increased the energy crisis across the globe and that, Nigerians should take advantage of Aq-Diesel to meet their energy demand.

Also, the Vice Chancellor of the institution, Prof. Ernest B.Izevbigie, said the product can be available to Nigerians in the market within two months just as he called for investors to invest in the project.