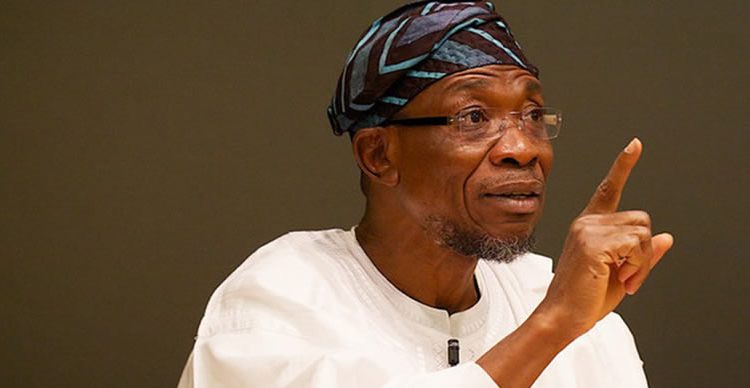 The Federal Government has declared Tuesday, October 19 as a public holiday.

Rauf Aregbesola, the Minister of Interior, said the public holiday is to commemorate Eid-ul-Mawlud, which is the birth of Prophet Muhammad.

This was contained in a statement issued by the Permanent Secretary, Ministry of Interior, Shuaib Belgore on Friday, NAN reports.

Aregbesola congratulated all Nigerian Muslim faithful, both at home and in the diaspora, on the occasion of Eid-ul-Mawlud.

He called on Nigerians to imbibe the spirit of love, patience and perseverance which were the virtues of the Holy Prophet, as doing so would guarantee peace and security in the country.

The minister enjoined Nigerians, particularly Muslims, to refrain from violence, lawlessness and other acts of criminality.

“As the indisputable leader of our race, we (Nigerians) must show responsible leadership in Africa,” he said.

Aregbesola called on Nigerians to refrain from all divisive tendencies capable of causing crisis in the country.

The minister urged Nigerians and the youth in particular, to embrace the virtues of hard work and peaceful disposition to fellow humans.

“Irrespective of faith, ideology, social class and ethnicity I urge you to cooperate with President Muhammadu Buhari’s administration in its effort to build a progressive and enviable nation that all citizens would be proud of,” he said.