It’s one of the most recognisable nicknames in the world of sport, but what does it mean and how did it come about? 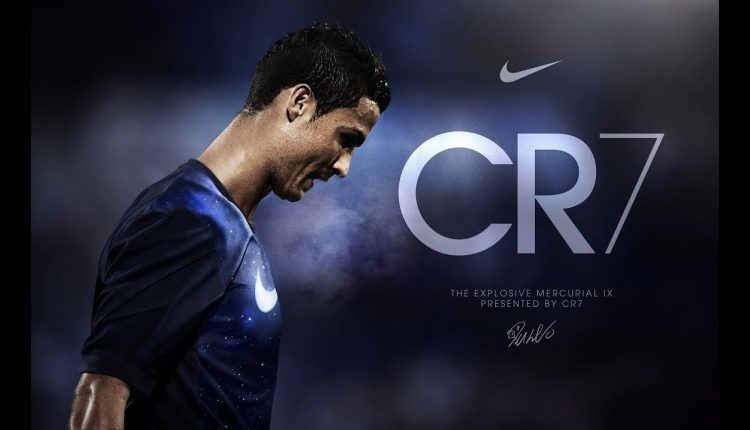 Nicknames are commonplace in the world of sport and few are more recognisable than that of Cristiano Ronaldo, who is widely referred to as ‘CR7’.

Some of the greatest footballers ever to grace a pitch have had affectionate sobriquets conferred upon them – think El Ilusionista (Andres Iniesta), Zizou (Zinedine Zidane), Der Bomber (Gerd Muller) or O Fenomeno (Ronaldo Nazario) – so it is no surprise that the Portuguese star has one of his own.

The attacker has been known as CR7 since his breakthrough at Manchester United and has crafted an entire global brand around the nickname.

What does CR7 mean?

The nickname CR7 is a simple combination of Ronaldo’s initials and his favoured number: C ristiano R onaldo plus the number 7 .

Having worn the number 28 during his time at Sporting Lisbon, Ronaldo was handed the famous No.7 shirt when he arrived at Manchester United, with Alex Ferguson convincing his new protege to tread in the footsteps of stars such as David Beckham, George Best and Eric Cantona.

He later inherited the No.7 at international level too, swapping the No.17 for the shirt that had traditionally been worn by Luis Figo, and since then, he has worn the number at every club he has been to.

Notably, however, Ronaldo was forced to wear the No.9 jersey when he first arrived at Real Madrid in 2009, owing to the fact that club legend Raul was still the team’s No.7.

Why is Cristiano Ronaldo called ‘CR7’?

As mentioned, Ronaldo’s nickname CR7 is a basic one, but it was – and remains – ideal from a marketing perspective.

His sponsors, Nike, had already achieved great success with another Ronaldo – now frequently referred to as ‘The Original’ – using a no-frills approach in selling the Mercurial boots back in 1998.

Taking inspiration from the Brazilian’s name and his number, the new Mercurial boots were worn by the star at the 1998 World Cup were dubbed ‘R9’.

In that sense, CR7 very much follows in the same vein as the R9 nickname, though the former has undoubtedly surpassed its predecessor in terms of iconic status.

Nike even has their own range of CR7 merchandise, including football boots, balls and training gear.

CR7 is not just a nickname for Cristiano Ronaldo, it has become the defining image of his global empire, which includes a variety of products spanning different industries.

Ronaldo has launched a fragrance range called ‘CR7 Cristiano Ronaldo’ and he has also branched out into fashion, opening clothes boutiques. The CR7 underwear range has been particularly popular and there are also eyewear and footwear lines.

In 2013, a museum was opened in his hometown of Funchal in Madeira and it is called Museu CR7.

The superstar has also launched a hotel business, in conjunction with the Pestana Hotel Group, which is known as Pestana CR7 Hotels.

The business currently has accommodation located in Funchal and Lisbon, with further plans to open hotels in New York, Madrid and Marrakech.

Amazingly, too, the CR7 brand literally has an out-of-this-world appeal following the decision to name a galaxy after the player in 2015.