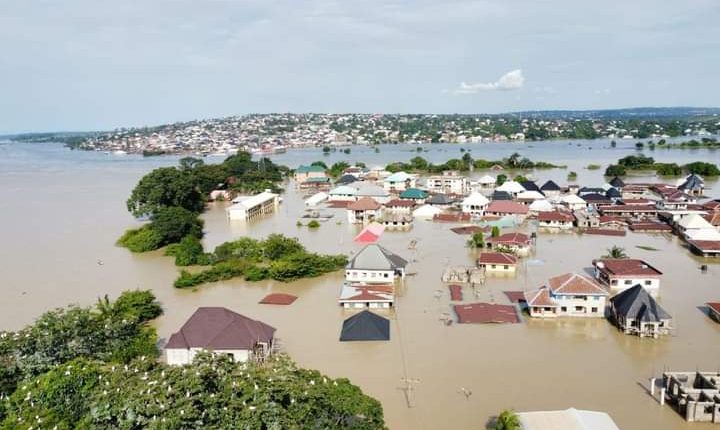 By Adekunle Adesuji
The Director General of the National Emergency Management Agency (NEMA), Mustapha Abeeb Muhammed on Monday aised the alarm that Nigeria will expert more devastating floods in 2023.
Mustapha who appeared before Senate Committee on Special Duties  accused some state governments for not setting up state emergency management agencies to mitigate the impacts of floods in their states.

The NEMA boss advised that government at all levels should  brace up for the challenges ahead by establishing local emergency committees to mitigate the devastating impacts of flood  and other disasters across the country.
According to him,  “despite the fact that States are collecting ecological  and other intervention funds from the federal government, some of
them could not boost of standing committee on disaster management and when there is disaster they look up to federal government for assistance”.
” Prior to the 2022 flood disaster, NEMA wrote about four letters to all states of the federation on the need to set up local emergency committee to mitigate the impact of  floods but to our surprise, only four states heeded the advice , he said.
The NEMA boss also explained that in disaster management, local government should be first respondent followed by state and if it is beyond what state can handle, the federal government can then come on board.

” but it is surprising that if there is any disaster, local government and states  look up to NEMA without first providing preliminary support and the man power and resources at the disposal of NEMA is nothing to write home about. Even what happened in Bayelsa and other states in term casulties can be prevented or minimised if proper arrangements are made” he said
Meanwhile, the Senate Committee on Special Duties decried poor budgetary allocation to NEMA and promised to come up with a legislation that would put the agency under the presidency for optimum performance.
The committee also urged NEMA to get the states engaged and ensure that there is proper plans for people displaced by floods.
” it is high time NEMA go beyond distributing rice, beans and blankets to victims of flood but ensure that you partner with state governments to set up camps for flood victims ” Senator Lilian Ekwunife
Another member of the Committee,  Senator  Francis  Fadahunsi advised the agency to come up with accurate number of  flood casualty and data on farms,  animals and houses affected by floods across the country.

Earlier,  NEMA boss told the committee that only N774 million is earmarked as capital vote for the agency in 2023, N1.77 billion for personnel cost while a sum of N162 million is  proposed for overhead cost in 2023 budget.
Continue Reading
Expect More Floods in 2023 says DG NEMA
13
Share FacebookTwitterWhatsAppPinterestEmailFacebook MessengerLinkedinTelegram