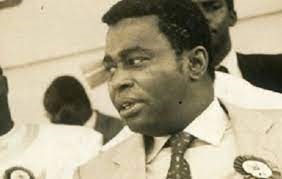 Alao Akala reportedly  died in his sleep in Ogbomoso on Wednesday.

He was said to have returned from Abuja yesterday

A source said the Ogbomoso born retired police officer was discovered dead when they entered his room this morning.

According to a source , the late politician was said to have chaired a  meeting with some people yesterday.

Otunba (Dr) Adebayo Alao-Akala started his political career as a member of New Dimension. He participated in the zero-party local government election of 1996 and later co-founded the UNP before its fusion with UNC to form UNCP.

He participated in the Ogbomoso Federal Constituency (One) primary election of the UNCP in 1997. He contested and won the chairmanship seat of the [Ogbomosho North|Ogbomoso North] Local Government along with seven councilors under the platform of APP in 1998. He was elected the vice-chairman of ALGON, Oyo State Chapter between 1999 and 2002. Alao-Akala founded the Ogbomoso Unity Forum, a political association which later joined the PDP. He was the Chairman of Ogbomoso North Local Government from 1999 to 2002.

Alao-Akala served as the Deputy Governor of Oyo State from May 2003 to January 2006. Following the impeachment of then incumbent Governor (Rashidi Ladoja), Alao-Akala was sworn into office in January 2006 and served for 11 months. In December 2006, the impeachment was overturned by the Supreme Court and [[Rashidi Ladoja]] was reinstated. Alao-Akala contested and won the gubernatorial election in 2007 under the platform of the People’s Democratic Party (PDP) and became the Executive Governor of Oyo state, serving a full term till May 2011.

In October 2018, Alao-Akala defected to the [Action Democratic Party] (ADP) where he won the gubernatorial ticket to contest for the office of Governor of Oyo state in the 2019 general elections. After the 23rd February, 2019 Presidential and National Assemblies Elections, Akala defected back to the [All Progressive Congress], thereby stepping down in the race to become Governor of Oyo state under the Platform of the (Action Democratic Party).

Meanwhile, President Muhammadu Buhari  has extended his  heartfelt condolences to the Okongwu family on the passing of the foremost economist and a former Minister of Finance, Prof Chu Okongwu.

The President joins family, friends and associates in paying tribute to a man of many parts, who never hesitated to give his best to Nigeria as a broadcaster with the Nigerian Broadcasting Service, sub-editor, Daily Times Nigeria, Lecturer, University of Nigeria and a Federal Minister of National Planning and later Finance.

President Buhari believes that the perspectives the late Professor brought to governance and economics, which centered on improving the lives of Nigerians, will not be forgotten.

The President prays for the repose of the soul of the departed and divine comfort for his family during this difficult time.

Also, the Minister of labour and Employment,  Chris Ngige has expressed sadness over the passing on of the former Minister  of Finance, Chu SP Okongwu, lamenting  that  Nigeria has lost an icon, whose vast experience in economics  helped  shape the nation’s  economy at the difficult crossroads of the 90s.

In a statement from his Media Office in Abuja, Ngige also described Okongwu as a true son of Anambra, whose exit has created a huge vacuum.

“Chu had a long sojourn in the public service, starting from when he pulled from the Ivy League schools in the United States, where he was  a lecturer in econometrics, to join the East Central State Government of Ajie Ukpabi Asika as Director of Planning.

“ His emergence  under the Babangida administration, first as the Minister of National Planning, later Finance and subsequently Petroleum, was no surprise for Chu was a star .

“Even when in the management of the economy , that military regime felt there was no alternative to the Structural Adjustment Programme (SAP) Chu went for a variant, whose fulcrum revolved  around  diversification in order to widen the national revenue base.

“He established the National Agricultural Land Development Authority (NALDA) to ensure optimal utilization of our rural land, to boost agriculture and produce abundant food for the nation.

“He was a true Igbo son. His towering height in public life notwithstanding, his Nnewi roots never departed from him . He was a personal friend and his death, a personal loss.

The Minister therefore  prayed God Almighty to grant him eternal rest and comfort the family he left behind.

NPA expects 23 ships with petroleum products, others at Lagos ports

Stop punishing our people, we didn’t declare sit-at-home on…