Enugu Guber 2023: why Mbah may top the ladder 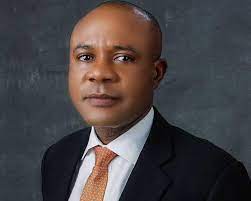 The Peoples Democratic Party, PDP, has been in leadership in Enugu state since the renascent democratic governance in 1999.Great denizens of the party such as Sen Jim Nwobodo, Chief Okwesilieze Nwodo, and many others ,saw to the creation of the PDP, and as foundation members, have consistently seen to the victory of the party in successive polls.

As was expected, everybody including political observers looked forward to the handover to another PDP faithful as governor.

However, the seemingly political revolution led by the Labour Party presidential leader, Mr Peter Obi seem to have thrown some spanners into the works. The usual transition voting is being challenged today by, not some political bigwigs rather, it is being challenged the youths who until now, served as the war machines of the party.  So as a matter of fact, winning the poll in the state may not be business as usual for Dr Peter Mbah, the PDP guber candidate.

He has to contend with not just Bar Chijioke Edeoga of the Labour Party, but has APC’ Chief Uchenna Nnaji, and Chief Frank Nweke (Jr) of the APGA, among others. The contest is going to be a very strong duel.

Labour Party’s Edoga shares the same senatorial zone with the other three. He comes of Isi Uzo which sots on the border between Enugu East and  Enugu North senatorial zones. Isi Uzo is culturally Enugu North but was created into Enugu East senatorial zone. The predominant Nkanu people of the zone who had insisted on having the turn to produce the next governor ,would not dare live it to go to Isi Uzo LGA,which though is in the zone, is not culturally Enugu East and cannot answer the year of the Nkanus who make up 5 LGAs of the zone. And too, they reason that Isi Uzo taking it means that Enugu North which produced the present outgoing governor,Ifeanyi Ugwuanyi,  is now using their kith and kin Isi Uzo to usurp the turn of Enugu East. LP is firmly supported in Enugu North and has chosen its deputy governorship candidate Oji River in Enugu West senatorial zone and this may boost their electoral fortunes .

Uchenna Nnaji of the APC is well known for his rare large heartedness when he  threw away his electoral victory as Senator to create a chance for Chief Jim Nwobodo to recontest and win as senator on the AD platform. He hopes to reenact this as a governorship candidate. His major setback may the plurality within the party in the state. It is hoped that they achieve some unity before the election so the likes of the Minister for Foreign Affairs, Geoffrey Onyeama, former Senate President, Ken Nnamani, and others may team up with Barr Ugo Agballa to provide the electoral bulwark needed to threaten an incumbent party.

Former minister, Frank Nweke II, it will be a concourse of all those who lost out in the other parties or have scores to settle with any of them. APGA has not been sufficiently present in Enugu state and has not won or held any positions here. Everything is new along with local feud in the party, so it needs some kind muscle to brace through.

There are some other fringe parties who can not be overlooked in the contest, however, it seems that Peter Mbah has an edge over all, given the following reasons.

Mbah has Gov Ugwuanyi’s backing and that means the backing of some 260 ward councillors and 17 Council chairmen.

He will also draw on the  support of the extant PDP structure from the state down to the wards. Added to this is the availability of the state coffers to aid his election.

Secondly, the Nkanus of Enugu East  will give him their utmost support as their most promising candidate in a major party, and as one from the choice part of the Senatorial district.

The support of the political titans such as Nwobodo,Nwodo and others, even those from outside the PDP, will boost his chances at victory.

His next source of support is that of former governor ,Sen Chimaroke Nnamani is very formidable but appears to have suffered a jolt as Nnamani has been openly campaigning for APC’s Bola Tinubu. Indeed Nnamani’s support for Tinubu and his attacks on LP’s Obi has raised some concern among some persons who had been fixated on the P and P voting pattern, which means Peter as President and Peter as governor. Some of these who spoke to us insisted that if Mbah fails shirk off Nnamani and Ebeano antics, then they look elsewhere.

Again, Mbah has a back of his fellow contestants who had stepped down for him and remained with him to ensure his victory such as Hon Nwabueze Ugwu, Prof Barth Nnaji, Prof Jehu Nnaji among others.

He has visited all the power points and has been invested with the traditional stool,’ofo’ by the Enugu State Council of Traditional Rulers. He has indeed solicited and seems to have locked the support of Ndi Enugu.

Mbah, a former finance commissioner under Gov Nnamani and who later became his Chief of Staff, later left the government and made waves in the corporate world.

A little glimpse at his journey through life will help us to appreciate that this man who entered the volatile oil and gas market and later overtook all the former key players such as Shell and others, will definitely make Enugu a state of great economy.

He started his primary education in 1978. He attended the Army Children School, Bori Camp, Port Harcourt where he obtained his 1st School Leaving Certificate in 1984. In the same year, he proceeded to Owode High School, Owode Egba, Ogun State and in 1990, he graduated with a Senior Secondary Certificate in Education (SSCE) (O’Levels).

An adventurous Mbah obtained a Certificate in German as Foreign Language from the VolkHoch Schule, Recklinghausen, Germany in 1992. Between 1997 and year 2000, he attended the University of East London, United Kingdom where he graduated as a lawyer (.L.L.B (Hons)) with a Second Class Upper Division. While at the School, Mbah was an outstanding President of the Student Law Society (1998-1999). During his tenure, the association won the Students Union’s prize and certificate of achievement for the “Most Productive Society of the Year”.

He got the First Prize at the University of East London Mooting Competition. In 1999, Peter led the Law Students of the University to the International Negotiation Competition where he distinguished himself. Between 1999 and year 2000, Mbah was a member of the school’s Student Representative Council. He also represented the final year students at the School of Law Board. Mbah graduated with honours. He was the Recipient of the Honourable Society of Lincoln’s Inn Major Bar Vocational Course Award.

Peter Mbah has been Chairman/CEO of Peter Mbah Investment Ltd since 1992. He was nominated by the U.S Commercial Service as an official Nigerian Delegate to COMDEX Fall 2001, Las Vegas Convention Centre, Nevada, USA.   He has been the sole representative of a U.S. oil company, International Oil Corporation (IOC) based in Fresno, California. He is a Federal Government Licensed Shipping and Clearing Agent.

Between 1993 and 1997, he was Managing Director of GILPEL INDUSTRIES LTD. He worked as an active director of this company, directly responsible for traveling, negotiating and supervising the importation of domestic electrical appliances.  He supervised over 20 employees. He founded FOCUS INTERNATIONAL SCHOOL in 1996 – a school of “Vision for Future Greatness” which provided education to scholars in Nursery, Primary and secondary levels.

In the year 2000, he was Litigation Assistant at CHASE CHRISTOPHER ROBERTS SOLICITORS, LONDON where he researched materials on cases relating to commercial and Maritime disputes.

He became the Chief of Staff to the Governor of ENUGU STATE Nigeria in 2003. In a “Newswatch” Special Publication dated July 3rd, 2006, Peter Mbah was described as “a man ahead of his time”. Mbah was attested to have run the Ministry of Finance professionally so well. “A details man, Mbah has ensured that laid down procedures are not violated”. “He also ensures that money meant for projects and other ministries or parastatals are not delayed”

Mbah saw to it that targets were set. He initiated the development of a fiscal strategy document which became the operating document for the State’s development programmes.

Mbah on joining the corporate world as CEO of Pinnacle Oil and Gas Company where he really made a name ,and with that experience, he is coming to urge the people of Enugu to elect him to recreate the ‘Pinnacle Miracle ‘

Mbah would be remembered as the Commissioner who ensured that money was released for what they were budgeted for. He also ensured that projects were executed. During his tenure the ghost workers syndrome was eliminated from the system.

Mbah is a Member of the Nigerian Institute of International Affairs, Victoria  Island, Lagos and the Nigerian Bar Association(NBA). He is fluent in German.

I am committed to the economic and social development of my constituency – Hon.…

I am committed to the economic and social development of my…