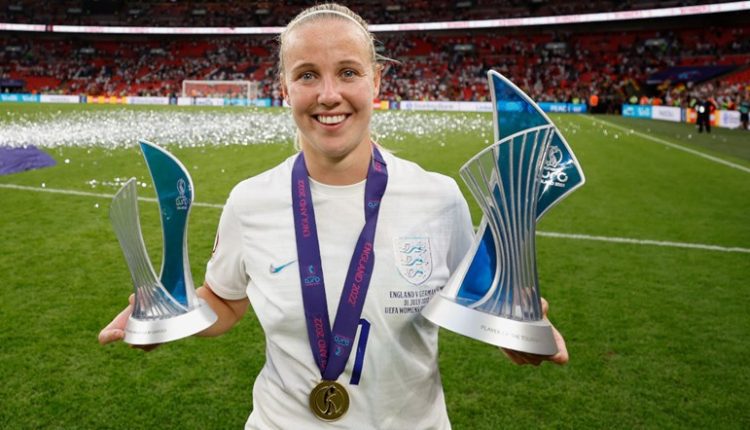 England forward Beth Mead was named Uefa Women’s Euro 2022 Player of the Tournament after their 2-1 victory against Germany in the final on Sunday.

The 27-year-old played all six games in the tournament and won the Player of the Match award in two matches.

Netherlands Lieke Martens and German Nadine Angerer won the Player of the Tournament award in 2017 and 2013, respectively.