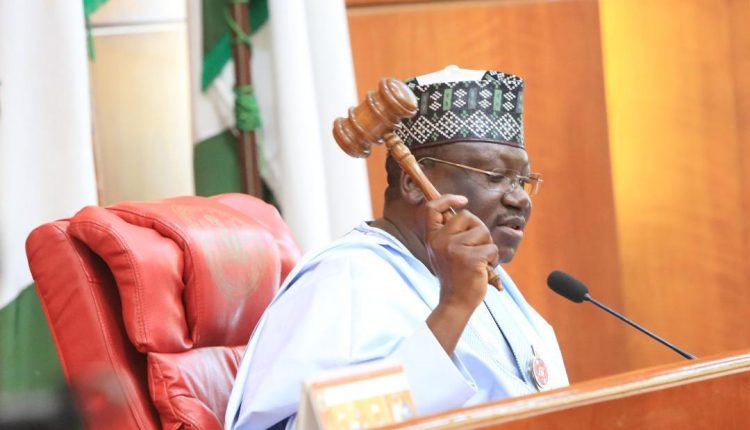 As the National Assembly resumed its plenary on Tuesday, the governors elected on the platform of the People’s Democratic Party (PDP), has charged the lawmakers to listen to Nigerians on the issue of electronic transmission of election results.

The governors, who also charged the lawmakers to be guided by patriotism and national interest, tasked the National Assembly to rescue the nation’s democracy.

Welcoming the National Assembly from its recess, the governors under the aegis of PDP Governors’ Forum, enjoined it to immediately set up its Conference Committee that will harmonise the different versions of the Electoral Act Amendment Bills passed by both Chambers, with a clear mandate to harken to the wishes of Nigerians and be guided by the national interest, particularly on the issue of electronic transmission of results.

The PDP Governors, in a statement by its Chairman and Governor of Sokoto state, Aminu Tambuwal, insisted that a further delay in passing and assenting to the Electoral Act Amendment Bill, will do grievous and irreparable damage to preparations for the conduct of the 2023 elections in Nigeria.

The PDP Governors’ Forum requested the Senate and House of Representatives (House) Conference Committee when set up, to adopt the House version of the Electoral Act Amendment Bill on the issue of Electronic Transmission.

It should be noted that Section 52(2) of the House version says: “Voting at an election and transmission of result under this Bill shall be in accordance with the procedure determined by the Commission.” and Section 52 (2) of the Senate version provides: “The Commission may consider electronic transmission of results provided that the national coverage is adjudged to be adequate and secure by the Nigeria Communications Commission (NCC) and approved by the National Assembly.”

The governors said: “The Senate version which subjects the decision of INEC to deploy electronic transmission to the decision of the Nigerian Communications Commission and National Assembly is manifestly a usurpation of the powers of INEC and offends relevant provisions of the Nigerian Constitution that guarantees INEC’s autonomy and independence.”

The Forum recognised that INEC has demonstrated the capacity to transmit votes electronically, both in recent offseason elections and with the introduction and deployment of the Biomodel Voters Accreditation System (BVAs), used in the recent bye-election in Delta State.

“Furthermore, it is necessary to remind the Senate and House Conferees that both Chambers had already approved in S.63(5) of the Bill as follows: ‘The Presiding officer shall transmit the results including total number of accredited voters and the results of the ballot in a manner as prescribed by the Commission.’

“The Conference has no choice but to adopt the House version as to do otherwise would lead to unnecessary complications and conflicts even within the Bill,” the governors said.

The PDP Governors requested the National Assembly Conference Committee to jettison the House of Representatives decision that has the effect of forcing all political parties to adopt ONLY ONE METHOD of conducting primaries.

The Forum is of the view that political parties should be allowed discretion to adopt either direct or indirect primaries in their Constitutions and in practice.

The Senate version that retains the original provision in the Electoral Act, the governors said should be adopted in the interest of the growth of the political parties and freedom of choice, the hallmark of a functional democracy.

“This intervention of the PDP Governors is predicated on the need to ensure a free, fair and credible election,  that strengthens Nigeria’s democracy, constitutionalism and rule of law. Only a credible election will guarantee accountability and good governance which Nigeria so desperately needs today.

“Nigerians should rise and demand no less from her politicians. It is only credible elections that puts the power in the hands of the people. This is not a partisan issue. It is not a regional or religious matter. The National Assembly should act in a patriotic manner as representatives of the people of Nigeria,” the governors said.