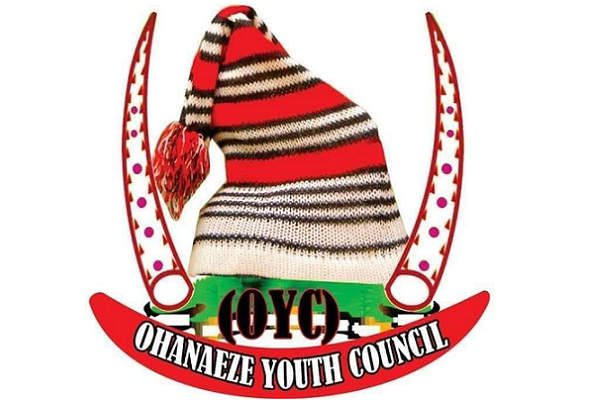 It was reported that the couple are being held in the UK for charges bothering on alleged organ harvesting.

OYC had earlier urged for caution and an end to the social media trail of the Senator.

The group has now written an open letter to the UK Embassy, begging that at least the Senator’s wife be freed to enable her attend to their ailing daughter.

In the appeal made available to journalists on Sunday, the Ohanaeze youths said it was now clear that the Ekweremadus did not involve themselves in any untoward deal but had followed an established process to save the life of their daughter.

The letter of appeal was signed by Ohanaeze Youths President-General, Mazi Okwu Nnabuike and the Secretary-General, Comrade Obinna Achionye.

“Following more emerging revelations in the case involving the former Deputy Senate President, Senator Ike Ekweremadu and his wife, both true son and daughter of Igbo land, we find it expedient to make this open appeal to the UK Embassy in Nigeria.

“Contrary to earlier reports which flooded the media, it has become clear that the couple had no bad intention in mind.

“Having seen that they had no other intention rather than to save the life of their daughter, as nobody will sit by and watch their child die without making efforts, we deemed it necessary to make this appeal.

“We plead with the United Kingdom, through its Embassy here in Nigeria, to look into the implication of detaining the husband and the wife. We appeal for the release of one of them so the person can take care of the sick child who needs medical help urgently,” the group wrote.

They also slammed fifth columnists who they said had gone on to create pseudo accounts with the name of the alleged victim of organ harvesting, David Nwamini.

OYC said, “we observed that within the last 48 hours, no less than five fake Facebook accounts have been created with the profile of the alleged victim.

“This is no doubt the work of blackmailers as they have gone ahead to be making posts with the said unverified accounts. The posts contain spurious claims and allegations which are clearly the handiwork of political enemies, all aimed at bringing the Senator down.

“It is a matter of time and the identity of those behind this shall be unveiled if they fail to desist from their evil antics.

“They had earlier claimed that the boy in question is 15 years, but current revelations have proved otherwise. This is why we call for a thorough investigation.

“We urge the general public to discountenance those posts as the truth will surely prevail and Senator Ike Ekweremadu and the wife will come out of these allegations with their reputation unscathed.”

Meanwhile, The Government of Ebonyi State has summoned the family of Mr. David Ukpo Nwamini, the boy in the middle of the Ekweremadu UK controversy, to a meeting at the Abakaliki Government House.

In a statement signed by the Secretary to the Government, SSG, Kenneth Ugbala, Ph.D. the Government said it deemed it necessary to wade into the issue of Senator Ekweremadu.

In the letter which was copied to the British High Commission Abuja, the Government described Ekweremadu as an illustrious son of Igboland and Mr. David Ukpo Nwamini as a worthy son of the State.

“Ebonyi State Government has noted a lot of distortion of information in the Social Media and has stepped into the matter to unravel all the facts.

“From preliminary investigation, Mr. David Ukpo Nwamini is from Izzi Local Government Area of Ebonyi State and was living with his junior brother in Ikotun, Lagos and was engaged in selling of phone accessories with his brother before he left for London.

“From the records of David’s passport and testimony of Ebonyians in Lagos, preliminary investigation suggests that David is an adult who has a fundamental right to take decisions concerning himself.

“From the account on Social Media, we observe that Senator Ike Ekwerernadu did full disclosure in his letter to the British High Commission in Nigeria in support of David Ukpo’s London Visa application with the sole aim of donating kidney to Senator Ike Ekweremadu’s daughter and so the issue of donation of kidney was never hidden by the Senator.

“We, therefore, request the family members of Mr. David Ukpo Nwamini to please come forward for a meeting with Ebonyi State Government on Tuesday, June 28, 2022 in Abakaliki, Government House, to give us useful information to resolve this problem, and could contact the State Commissioner for Information, Barrister Uchenna Orji on 0803 098 6263.

“Without prejudice to justice being served on the matter and whatever may be the outcome, Ebonyi State Government stands with Senator Ike Ekweremadu and their own son, David Ukpo Nwamini and will do everything possible to assist both, while the case lasts and after the case.

“We believe that Senator Ike Ekweremadu has not been found guilty as investigation is not yet concluded and do request Social Media to be fair in their reporting and to wait for the outcome of the investigation by the London Police.

“We have confidence in the ability of the London Police to dig into the matter and to serve justice to all parties and nothing but justice.”

However, The Comptroller General of the Nigerian Immigration Service, NIS, Isah Jere Idris, has declared that due process was followed in the issuance of passport to David Nwamini Ukpo, the young man involved in the alleged case of organ harvesting plot by former Deputy Senate President, Ike Ekweremadu, and his wife, Beatrice.

The NIS boss made the declaration on Sunday at a virtual press conference.

He said the declaration became necessary against the backdrop of information making the round since the news of the arrest of Ekweremadu broke, insinuating that there might have been underhand dealing in the issuance of the passport to Ukpo.

His words: “Suffice, it be stated that the said Mr. David approached the application portal of the Service, applied and paid for the enhanced ePassport at the Gwagwalada Passport Office, FCT Abuja on the 2nd November, 2021.

“All the necessary documents including National Identity Number (NIN) issued by NIMC, letter of introduction issued by Ebonyi State Government Liaison Office situated on Mississipi Maitama District Abuja, Birth Certificate issued by the National Population Commission and other relevant documents to support the application of Mr. David were presented for processing.

“These documents were issued by competent offices and the necessary verifications were made to confirm their validity and correctness. Consequent upon this therefore, the said Passport was issued to him having satisfied the basic requirements.”

Among other details, the NIS CG confirmed that the man involved is 21 years old.

The NIS boss said it took his organisation some time to speak on the issue because of the need for a thorough investigation into the process of issuing the document.

He urged members of the public not to believe the information on the social media insinuating that there could have been some malpractices in the issuance of the young man’s passport.

The former deputy senate president and his wife, Beatrice, were arrested on June 23, and charged in London with organ-harvesting plot.

Ekweremadu served three terms as Nigeria’s deputy president of the Senate, from 2007 to 2019.

The lawyer and politician has been a senator since 2003 and belongs to the opposition People’s Democratic Party (PDP).

Investigation into the case was said to have started when detectives were alerted to potential modern day slavery offences.

The statement reads in full:

“The attention of the Comptroller General of Immigration Isah Jere Idris has been drawn to some reports alleging that the issuance of a Nigerian Standard Passport to one Mr. David Ukpo Nwamini who has been mentioned in an ongoing investigation by the UK authorities on human trafficking case did not follow due process.

“Some aspects of the reports are suggesting that due diligence was not observed in the issuance of the said document to Mr. David.

“To the contrary, the Service has continued to demonstrate capacity and sophistication in the administration and issuance of the Passports to eligible persons including Mr. David in the most professional manner. It is important to state that Nigeria is one of the first four countries in the world to deploy modern technological tools to run the electronic Passport platform as far back as 2007. Ever since then, significant improvements have been recorded including migration to the enhanced ePassport regime recently, a technology that has added some additional security features and options of Passport categories to applicants.

“It is in the strength of the foregoing that one wonders about the validity of such claims that due process was not observed in the issuance of the Passport issued to Mr. David Ukpo Nwamini. Suffice, it be stated that the said Mr. David approached the application portal of the Service, applied and paid for the enhanced ePassport at the Gwagwalada Passport Office, FCT Abuja on the 2nd November, 2021. All the necessary documents including National Identity Number (NIN) issued by NIMC, letter of introduction issued by Ebonyi State Government Liaison Office situated on Mississipi Maitama District Abuja, Birth Certificate issued by the National Population Commission and other relevant documents to support the application of Mr. David were presented for processing.

“These documents were issued by competent offices and the necessary verifications were made to confirm their validity and correctness. Consequent upon this therefore, the said Passport was issued to him having satisfied the basic requirements.

“The Comptroller General therefore, wishes to use this medium to state categorically that all Passport applications especially fresh ones are usually subjected to stringent screening exercises before issuance. Mr. David’s application was not an exception. This is done not only to ensure that our Passports are issued to eligible persons but that the process is transparent enough to sustain the integrity of our travel document.”

Ngozi Okonjo-Iweala named one of Forbes’s 2022 most powerful…