…Gets over 20 projects ready for commissioning 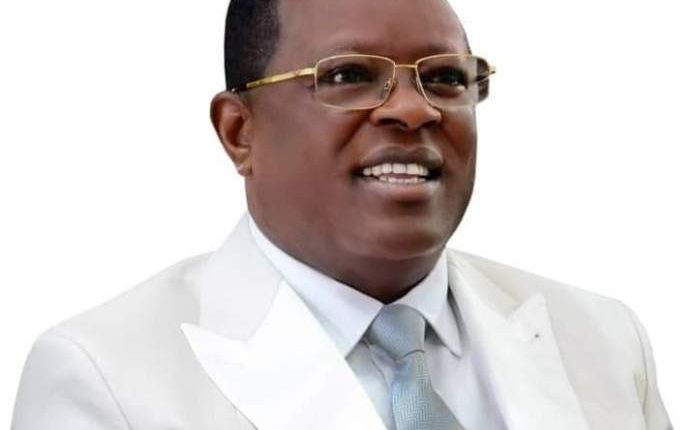 Ebonyi State government has reiterated its resolve to work towards the protection of lives and property of residents saying that it will not abdicate its responsibility as it continues to foster conducive atmosphere for the state’s socio economic, political as well as human development.

The state government said that top on its agenda will remain the provision of infrastructure, security, functional education as well as empowering the indigenes of the state in a manner that will make them more productive in the area of wealth creation.

It is against this backdrop that the state governor Engineer Dave Umahi said that there are no plans by the government to introduce cattle ranching in Ebonyi State.

Ebonyi State Commissioner for Information and State Orientation Hon (Bar) Orji Uchenna Orji who made the clarification in an exclusive interview with Champion Newspapers in Lagos said that there is no truth in the news making the rounds that Ebonyi State is mobilizing resources for the purpose of building cattle ranches in some parts of the state.

“I want to make it categorically clear that the Governor of Ebonyi State is not planning for cattle ranching in any part of the state. People are even saying that the Federal Government has given Ebonyi State N6 billion for this purpose. This is absolutely lies. There is no plan to go into cattle ranching in Ebonyi State and there will not be any. It is not an area that we have comparative advantage. Agriculture and solid minerals are areas that Ebonyi State has comparative advantage. We are not into ranching” Bar Orji explained.

The N6 billion in reference he revealed, is a solid mineral development intervention fund promised by the Federal Government which would be accessed by individuals when the fund is made available. The fund he emphasized is still with the federal and not the Ebonyi State government

According to him, Ebonyi State is making conscious efforts to attract many of the intervention funds been extended by both the Federal Government and its agencies including authorities of the Central Bank of Nigeria (CBN)  to the extent that many people in Ebonyi State have gone into commercial farming even as the state is involved in the establishment of fertilizer blending factory.

He informed that discussions are still ongoing for the eventual take off of the cement factory in Ebonyi State considering that Governor Umahi have facilitated the signing of Memorandum of Understanding  (MoU) between the investors and host communities  even as access roads and related amenities have been provided. The state government he added is only waiting on the federal government to conclude discussions with the investors. The cement factory when operational he said will provide both direct and indirect job opportunities for people of the state.

He regretted the negative impact of the sit-at-home-order been forced on the people of the South East geopolitical zone saying that “this is hurting the economy of the zone. There are better ways of making our voices to be heard than disrupting business activities in the South East. This can send the wrong signals to potential investors”.

Commenting on the recent visit of President Muhammadu Buhari to Imo State Bar Orji said that the visit was a huge to the extent that it signal that the issue of insecurity in the south east has been contained with pointing out that Buhari will in no distant time visit Ebonyi State where he is expected to commission many of the landmark projects embarked upon by the Umahi administration.

“Mr President is coming to Ebonyi for the second time. Mr President came to Ebonyi to lay foundation for some of the projects that have now been completed. His coming again will afford us the opportunity to showcase some these critical infrastructures. He will commission about 20 projects which will include the ultra modern shopping Mull, four-way light tunnel which was named after president Buhari. The tunnel is the face of Ebonyi. He will commission flyovers which are the most beautiful in the whole of Nigeria.  Outside of Lagos and Abuja, Ebonyi State has the highest number of flyovers in Nigeria. There are also some critical roads to be commissioned. Governor Umahi completed about 500km federal roads and 1,500km state roads. Mr President will also lay foundation for the Ebonyi International Airport which is nearing 70 per cent completion among other projects”, Bar Orji further revealed.