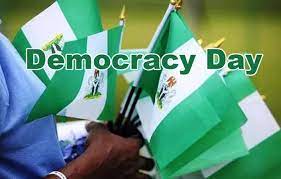 As Nigerians rekindle the memories and significance of the June 12, 1993 presidential election annulment that culminated in its declaration as Democracy Day, the major lessons inherent in the political watershed which include the supremacy of the people’s will over military dictatorship and the sincerity of the electoral umpire to organize free, fair and credible exercises, should remain sacrosanct amongst the citizens and not lost in the euphoria of celebration.

We believe strongly that holding democratic values and principles firmly, that enables the electorate choose who should govern them without any fear or favour as well as strict enforcement of the rule of law by the government should be the least respect that Nigerians especially genuine democrats can accord to the heroes and heroines of the struggle to revalidate the canceled poll led by the late Bashorun Moshood Kashimawo Olawale Abiola who, alongside many other patriots paid the supreme sacrifice in order to guarantee the enthronement of democracy from May 29, 1999 till date.

It is on record that prior to 2019, Nigeria’s Democracy Day was observed every May 29 to commemorate the peaceful transfer of power to civilians by the military regime of Gen. Abdusalami Abubakar who midwifed a transition programme that facilitated the return of democracy after many years of military dictatorship in 1999.

President Muhammadu Buhari had after the blunt refusal by his predecessors in office, Chief Olusegun Obasanjo, late Alhaji Umaru Yar’Adua and Dr. Goodluck Jonathan to honour Chief Abiola, the winner of the June 12, 1993 presidential election, but canceled by former military head of state, Gen Ibrahim Babangida, decided to right the wrong and serve justice for the late politician and businessman, directed that effective 2019 Nigeria’s Democracy Day, hitherto marked every May 29, be shifted to June 12 of every year.

It should be noted that whereas data collated by the Prof. Humphrey Nwosu-led electoral body indicated that Abiola won the election squarely, the results were not announced, never formally declared winner and not sworn into office by the military government of Babangida whose successor Gen. Sani Abacha later imprisoned winner for daring to struggled to actualise his stolen mandate. He died in prison on July 7, 1998.

Similarly, it must be emphasized that successive administrations had before Buhari’s master stroke, totaling ignored public outcry for Abiola to be accorded his rightful place in the nation’s political history posthumously and for the federal government to formally recognise June 12 as Democracy Day. Sadly, this was not to be until the incumbent president intervened and also conferred Nigeria’s highest honour, the Grand Commander of the Federal Republic, GCFR, to the late politician, a recognition exclusively accorded presidents and former presidents.

Ironically too, Abiola’s running mate in that election, Ambassador Babagana Kingibe, who had betrayed his boss and presidential candidate of then Social Democratic Party, SDP, by joining the military junta after the arrest of his principal, was conferred with the second highest honour of the Grand Commander of the Niger, GCON, which was also bestowed on late foremost pro-democracy activist, and legal luminary, Chief Gani Fawehinmi (SAN).

Justifying the decision then, the Presidency noted: “For the past 18 years, Nigerians have been celebrating May 29th, as Democracy Day. That was the date when for the second time in our history, an elected civilian administration took over from a military government. The first time this happened was on October 21st, 1979. But in the view of Nigerians, as shared by this administration, June 12th, 1993, was far more symbolic of Democracy in the Nigerian context than May 29th or even the October 1st”.

In other words Buhari had made history by publicly upholding the mandate freely given to Abiola June 12th, 1993, a day when Nigerians in millions exercised their democratic right in what has been aptly described by analysts as the freest, fairest and most peaceful elections since the nation’s Independence on October 1, 1960. In our view therefore, his decision further underscored the fact that though the outcome of that election was not respected by the then military regime, it does not distract from the integrity  of that process.

Beyond that recognition too, it is imperative for us as a nation to constantly reflect on the circumstances that threw up Chief Abiola and his HOPE ’93 programme of the SDP in the first instance and his eventual triumph over his opponent and the National Republican Convention, NRC candidate Bashir Tofa now of blessed memory despite the Muslim Muslim ticket of the former. Abiola even defeated the latter in his home state, Kano.

Back in time and like today, the socio-economic conditions were precarious with most citizens groaning under the harsh consequences of the Babangida imposed Structural Adjustment Programme, SAP despite the relative peaceful atmosphere in the country.

Consequently, Abiola’s electioneering programme entitled “HOPE ’93” was issues-based and focused on the plight of the masses, who despite SDP’s Muslim Muslim ticket voted overwhelmingly for him at the expense of Tofa and his Christian vice presidential candidate, Sylvester Ugoh. Indeed, this was Nigeria’s finest hour as ethnicity and religion took the back seat unlike the situation today when citizens are polarized along tribal and faith-based sentiments.

Perhaps this should serve as one the greatest lessons of June 12, as we are headed to another general elections.

The courage and tenacity of the SDP candidate to insist on reclaiming his stolen mandate notwithstanding whose ox gored even to the point of death, should serve as another big lesson for upcoming politicians, who we encourage to be principled, courageous and shun politics of bitterness.

Besides, considering that the 2023 polls more than ever before will determine the future of the country especially the youth who are the leaders of tomorrow and enthusiastic about voting for the first time, the electorate to shun sentiments, violence and all forms of inducements and elect only the right leaders on individual merit and not necessarily the party to save the country from its imminent collapse and lead her into a new dawn of peace, progress, unity and prosperity.

Buhari successor, in our view, should be a patriot, a man of wisdom, integrity, very courageous, unblemished track record of service, with the mental and physical capacity who will immediately hit the ground running upon assuming office to address the nation’s numerous socio-economic and existential challenges such as the current high poverty level, insecurity, hunger, guarantee safety of lives and property nationwide, provide employment for the teeming unemployed, unite Nigerians, guarantee stable electricity supply, potable water , improved health care services, take care of the estimated over 10.5 million out-of- school children, resolve lingering issues in tertiary education and meet the demands of the Academic Staff Union of Universities, ASUU.

Since bringing about the desired leadership is contingent on a truly independent electoral umpire, we challenge the Independent National Electoral Commission, INEC in the spirit of June 12, 1993 presidential election acclaimed globally as the country’s most credible exercise ever, to leave no stone unturned in ensuring the conduct of hitch-free polls come next year even as all eligible voters should troop out to elect the candidates of their choice without fear or favour.

We further demand that the Muhammadu Buhari administration apart from promptly releasing all budgetary allocation to the INEC for it to conduct free, fair, credible elections where every vote count and is counted, should provide adequate security to guarantee the safety of the electorate and staff of INEC before, during and after the exercises. It’s only by so doing that the many lessons of June 12 would have been fully imbibed and demonstrated. Happy Democracy Day.