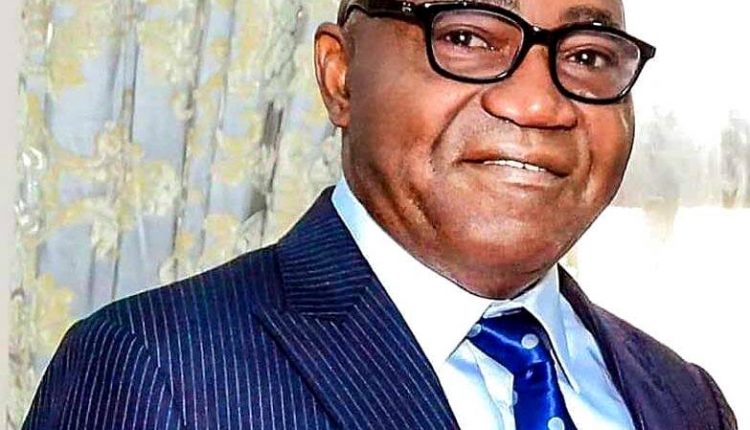 The people of Otulu in Aniocha South Local Government Area have been advised to remain peaceful while government takes steps towards resolving the crisis rocking the community and her neighbours.

Hon Agas said no meaningful development could take place in a crisis ridden environment and seriously advised against people taking laws into their hands and commended the people for their peaceful disposition in going about the protest, assuring the readiness of government to take measures through layed down procedures in handling such matters.

” I want to assure you that having incidented the case, the Government and the security agency (the police) will look objectively into the case and justice will be done to you, because when there is no justice, there is no peace , and one way to get that justice is to be law abiding, and to be peaceful “.

On the allegation of murder and those aiding the crisis,he assured them that government would work with the police to unravel the root causes of the problem and proffer possible solution.

He gave assurance that government would do its best to ensure that there was no breakdown of law and order in any community and sued for peace while allowing government and the police do what was required by law.

The Commissioner of Police,Delta State Command Mr Mohammed Ari Ali confirmed the death of one person at Otulu community on Saturday empasizing that his men had swung into action to uncover those behind the death and perpetrators of the crisis.

He said that on the allegation of murder, ” an autopsy was necessary saying that whoever has died should not be allowed to die in vain, and that is the overall essence of the investigation being carried out “, and pleaded with the people to allow the police do their job diligently. ”

He appealed to the youths to uphold peace as the police was already handling the matter.

Earlier, the spokesman of the Otulu community, Mr Christopher Isikekpe said they were at Government House, Asaba to register their dissatisfaction concerning the recent incident in the area which had led to the death of a youth in the community.

He alleged that the invasion also led to the demolition of some ongoing projects in the community ,and appealed to the state government and the police to come to their aid to restore peace and order.