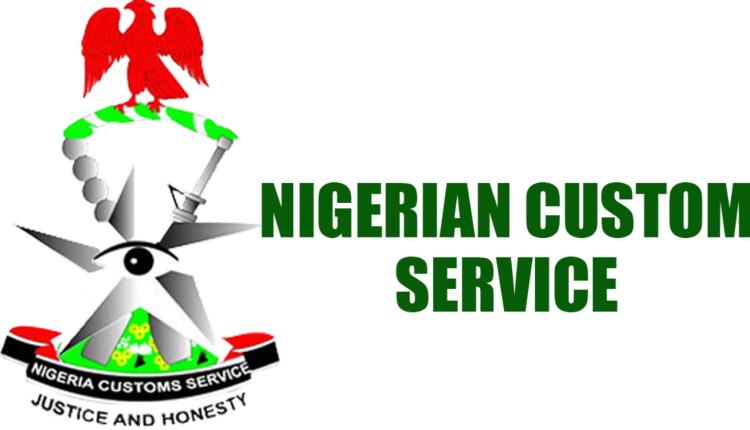 The Nigeria Customs Service (NCS), Federal Operations Unit, Zone A, said it lost four of its officers to smugglers in 2022.

The acting Controller of the unit, Deputy Comptroller Hussein Ejibunu, disclosed this in a news conference on Thursday in Lagos.

Ejibunu also said that the unit arrested 176 suspected smugglers during the period under review.

He said that the unit during the year under review secured seven convictions, charged 14 to court, noting that the cases were at various stages of investigation and prosecution.

Ejibunu stated that seven suspects were in detention.

He noted that the unit during the period executed its core mandates without fear or favour in the six states of the South-West namely: Lagos, Ogun, Oyo, Osun, Ekiti and Ondo states.

Ejibunu added that even in the face of resistance, attacks and tricks in the mode of concealments, they were duty bound to carry out their responsibilities.

“This unit also prevented loss of government revenue as its assigned position of being a layer of check uncovered attempts at evading duties.

“We recovered the discovered shortfalls through Issuance of demand notices (DN) and these were done at the expense of our lives placing national interest ahead of any narrow or personal gain.

“It is sad to note that some of our officers paid the supreme price last year when they got killed by smugglers. For us, they are the heroes of the anti-smuggling battle and they will never be forgotten,” he said.

On anti-smuggling, he said that the unit made a total seizure with a duty value of N13.9 billion.

He noted that aside protecting the national economy, some of the seizures achieved protection of citizens’ health because dangerous, expired and harmful products were prevented from being smuggled into the country.

“In terms of volume, rice topped the list of our seizures. We seized 93,102 X 50kg which amounts to about 156 trailer loads of rice. Even our newly constructed warehouse had an overflow of seized rice.

“A total number of 108 automobiles comprising trucks, tankers, cars and motorcycles were seized either as smuggled items or means of conveyance of smuggled items.

“For illicit drugs, 7,354kg and 4,975 tablets of Cannabis sativa, 233 cartons X 225 milligrams, and 82 packs X 225 milligrams of tramadol were intercepted. It is pertinent to remind us that these hard drugs fuel crime and insecurity.

“The unit seized 656,414 litres of premium motor spirit (PMS); that is, about 20 tanker loads of fuel from economic saboteurs who seek to impoverish the majority of our country people by taking out petrol subsidised for citizens’ benefit to be sold in other countries,” he said.

Ejibunu attributed the achievement to a combination of vigour, logistics provided by the Comptroller General of Customs and intelligence gathered from the field about smugglers movement from time to time.

On revenue, Ejibunu said the unit recovered shortfalls in duty payments and achieved N878.34 million as revenue for the government in 2022.

“This collected revenue would have been lost but for the intervention of FOU ‘A’, checking to be sure correct duties were paid into government coffers,” he said.

He added that the unit provided escort services for cargoes under bond to their respective destinations across the country.

“For 2023, we shall sustain and increase the tempo of our anti-smuggling operations, ensuring zero compromise as usual, arresting perpetrators and seizing their wares.

“We want to advise smugglers and their collaborators to seek legitimate means of livelihood this year as this unit will continually make life unbearable for them through interdictions, arrests, seizures and diligent prosecution,” he said. (NAN)

Insecurity: FCTA vows to continue crushing of okadas until sanity is restored

Customs rakes in N935m, busts 10 suspected smugglers in Katsina in 2022