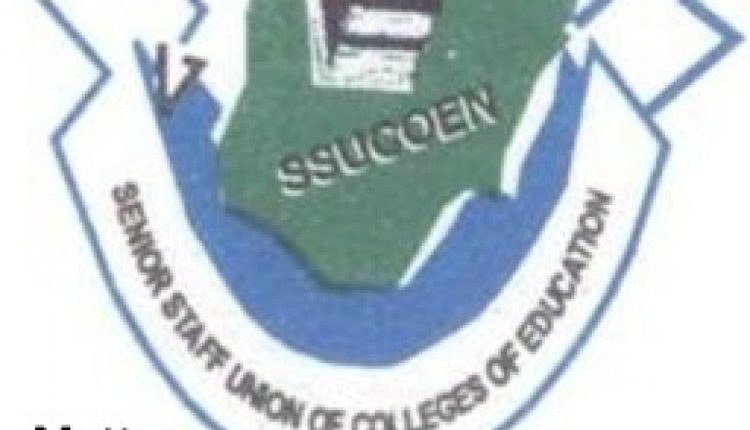 He said the step would help in advancing the development of the country’s education system.

Msheliza, made the appeal in an address delivered at the 33rd National delegates conference of the union held at the Adeyemi College of Education Ondo.

Underscoring the importance of Education in national development, the SSUCOEN National President, explained that massive investment in the education sector would be to the advantage of the country, as it would lead to a massive increase in literacy level, and fast track its technological development.

The Union leader decried what he observed as neglect of teacher education, stressing that the development, if not urgently addressed, could have a negative effect on the educational system and reduced gains achieved so far in the sector.

He expressed the need for government at all levels to invest more in the training of teachers, particularly at the primary and secondary school levels, which he described as foundation saying ” if the foundation is bad, the result will not be good”.

According to him,” Teacher education must not be neglected. There is need for teachers to be properly trained to teach in primary and secondary school, in order to build solid foundation, because if the foundation is bad, the result will not be good.

“Government must focus more attention on the foundation, in order to add values to primary and secondary school education” he stated.

Besides,Danladi made case for reviewing of the amendment of Act establishing Colleges of Education in the country, he stated that this has become imperative in ” view of the fact that the extant one in use was promulgated by a decree.

In addition, he pointed out that the issue bothering on Affiliation of Colleges of Education should also be reviewed, adding that the development would enable the Colleges to have the independence to showcase their potentials.

He described Colleges of Education in Nigeria as vibrant, effective in service delivery and have required human and materials resources, as well as state-of-the-art facilities that meet minimum standards set for degree-awarding institutions.

The Labour Union leader also noted that Colleges of Education have all it takes to compete favourably with their counterparts globally, hence there is a need for the government not ” to neglect them to the background” .

On funding of activities in Colleges of Education, Danladi urged the Federal Government to address challenges being faced on areas which include non-provision of budgetary allocation for use of members of governing councils, scrapping of funding of Demonstration schools, Non-implementation of consolidated salary of Registrars, Non-release of 2018/ 2019 promotion arrears and lack of implementation of 65 years retirement age.

Others are issues concerning Integrated Personnel Payroll System ( IPPIS), outsourcing of service providers and Pensions scheme for staff of Colleges of Education to mention a few.

While advocating the need for synergy among workers unions in the education sector, the SSUCOEN National President, said the move, would engender greater unity, and cooperation, as well as boost bargaining power, that would make the government, to give more attention to their demands, for improved welfare packages for their members.

Danladi hailed members of the union who came to attend the conference from across the six geo-political zones of the country for their patriotism.

He equally thanked the Management of Adeyemi College of Education Ondo, for providing enabling environment and necessary support to the institution’s chapter of the union, to ensure a hitch-free conference.

The President used the occasion to enumerate some of his administration’s achievements and reiterated his determination to continue to advance the progress of the union.

The five-day National delegates conference featured activities, which include sensitisation campaign by members of ACE chapter of the union, indoor and outdoor games, delivery of Health Talk on Hypertension and Diabetes as well as presentation of a paper on ” Creating impact for improved Staff Welfare through Union”, by Dr. Abdulssobur Salaam, National Vice-President, Senior Staff Association of Nigeria Universities.

EdoBEST: An environment where every youth is a winner

EdoBEST: An environment where every youth is a winner