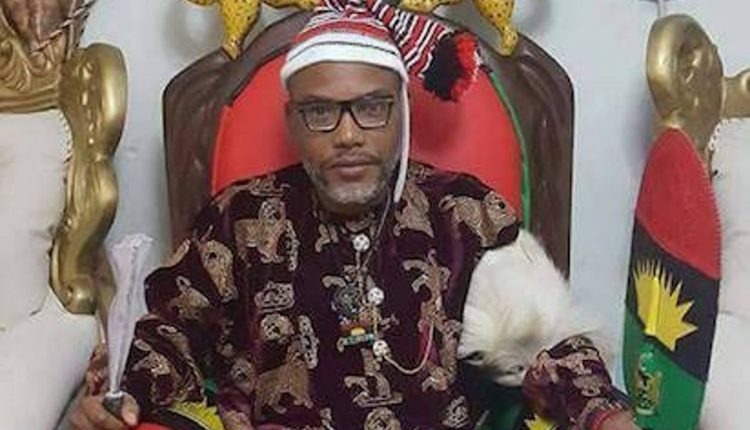 .Backs Southern Govs On VAT,Wants Next President From The South

Youths of the South East met in Enugu to review the current situation of the zone and the country generally.

According to the communique, made available by Mazi Chika Art Adiele, the representative of Ohanaeze Ndigbo Youth Wing,the group had “painstakingly deliberated on issues as it affects Ndigbo, particularly the Youths, and came up with some resolutions.

The coalition reiterated their determinations and commitment to “Lasting Peace, Stability and Security in the South East and Igbo Land in General. We shall continue to work in Solidarity with the Leadership of Ohanaeze Ndigbo Worldwide and other political class in protecting and promoting Igbo Interest in Nigeria,” stressing that “the  current instability as witnessed in the Southeast today is not only as a result of obsolete and crumbling security architecture but gross mal-administration and leadership failure at all strata of Government in the country and the insincerity of the political class .”

The youth coalition contended that ” arrest and continued detention without arraignment of our brother Nnamdi Kanu has led to civil unrest and disobedience in the southeast, we therefore call on the Federal Government to make available all necessary logistics needed for the timely and speedy trial of Nnamdi kanu (which must be fair and in accordance with laid down laws of the country), if not the South east youths will lead a protest to Abuja in that regard,”they charged.     “Furthermore”,  the youth   coalition stated, “we call on the Federal Government to  exhibit similar dexterity shown in Mazi Nnamdi Kanu case in other regions of the Country.”

On the way forward for enthroning lasting peace and justice, the Igbo group extended the olive branch and  called on “the leadership of IPOB to have an interface with us so as to ascertain their actual take on the ongoing sit at home which has had an evident negative impact on the socio-economic life of the southeast region and her residents.”.

“On the  issue of Farmers and Herders crisis in Alaigbo, we maintain our stand on the Anti-open grazing, we commend the Governors and Legislators of Abia and Enugu state for signing the bill into law and call on their counterparts in Anambra, Imo and Ebonyi to expedite actions in ensuring the anti open grazing bill is passed and signed into law”, adding that they had noted with great dismay and disappointment, the failure of the Southeast Governors to activate and implement the Southeast Security Network known as Ebubeagu, even as they  called for  “a revisit of this security architecture in southeast where the youths must be included in the design and implementation of the said security network and a proper legislation be enacted for that purpose in all the south east state. This will clearly define the relationship between the government and the led (youths particularly),” the Youth Coalition disclosed.

The coalition revealed that they had  studied the issue of Youth participation in politics in Alaigbo and “we want to use this medium to call on all Igbo Youths to get actively involved in politics and policy making in their respective states (joining of political parties, registration to vote and vying for elective positions).Let the forthcoming Anambra election serve as a litmus test.” The youths body consequently enjoined  the Independent National Electoral Commission  to give a level playing ground to all political parties participating in the election

On the ongoing fiscal federalism especially as concern taxes,the Igbo youths aligned themseves with the decision of the Governors of Rivers and Lagos state on the need for States to collect VAT generated from their respective States and called on the Governors of South East to support the move.

The young Igbo people lamented the lawless acts of impunity by some security agencies saying that “we were taken aback while Economic and Financial Crime Commission (EFCC) Enugu Zonal Office should disrupt our peaceful convention to the extent of harassing and arresting Youth Leaders who are attending the convention. Consequently we condemn it in totality and call on the EFCC leadership to tender an unreserved apology to the youths of Alaigbo for this underserved treatment.”.                       EFCC had reportedly raided the Castle Majestic Hotel venue of their meeting late in the night and made arrests.

Nigerians in the diaspora in show of support to nation with flags, T-Shirts and banners In New York ss 76th UNGA begins

Global Oil demand will continue to grow even after 2050-experts

FCDA distances self from reports on embassy plots reclamation

PRESIDENT BUHARI PAYS TRIBUTE TO CHARLES OKIGBO ON HIS 72ND…

FCDA distances self from reports on embassy plots…