. Nominates board members for EFCC, Upstream Regulatory Commission, others 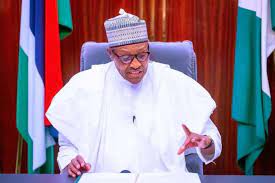 President Muhammadu Buhari is seeking to make amendments to some sections of the recently signed Petroleum Industry Act (PIA).

In a letter to the National Assembly, he said the proposed amendments are on the administrative structure of the Nigerian Midstream and Downstream Petroleum Regulatory Authority and the Nigerian Upstream Regulatory Commission.

The president also constituted the board of the Commission and the Authority – nominees which he also forwarded to the lawmakers for confirmation.

The letters were read out by the Senate President, Ahmad Lawan, and the Speaker of the House of Representatives, Femi Gbajabiamila, at the start of plenary on Tuesday.

The appointment of the chairman and members of the board of the Authority, the president said, is in line with 34(3) of the Petroleum Industry Act 2021.

These appointments, he said is in accordance with the provisions of Section 11(3) of the Petroleum Industry Act 2021.

Amendments
Having reviewed the administrative structure of the Commission and the Authority the president proposed amendments to three sections of the PIA.

a) Section 11(2)(b) and 34(2)(b) which provides for the appointment of two non-executive members for the board of the two institutions.

Mr Buhari asked that the position be increased to six to allow for representation from all geopolitical zones.

“I am of the view that this membership limitation and does not address the principle of balanced geo-political representation of the country. I therefore pray for the intervention of the ninth assembly to correct this oversight in the interest of national unity.

“Needless to add that this amendment will provide the sense of participation and inclusion for almost every section of the country in the decision making of strategic institutions such as the oil industry.

Confusion as SGF withholds confirmation for Buhari’s nominee despite Senate confirmation
“If this amendment is approved, it will now increase the number of non-executive members from two to six. That is, one person from each geo-political zone,” part of the letter read.

b) Sections 11(2)(f-g) and 34(2)(f-g). This amendment seeks to remove the ministers of petroleum and finance from the board of the two institutions.

The proposed amendment, the president said, will increase the membership of the board from nine to 13 that is representing 44 per cent expansion of the board size.

“This composition will strengthen the institutions and also achieve the expected policy contributions.

“The two ministries already have constitutional responsibilities of either supervision or intergovernmental relations that will continue to perform such roles without being in the board.

“It is also important to note that administratively, the representatives of the ministries in the board will be directors in the same rank in the institutions. This may bring some complications on some decision making especially on issues of staff related matters.”

c) Section 11(3) which deals with the appointment of executive directors.

The Act made provisions for seven departmental heads in the authority to be known as executive directors. The appointment will also be subject to Senate’s confirmation.

Mr Buhari said this category of officers are civil servants and not political appointees.

“The Senate is invited to note the need to exempt serving public officers from the established confirmation process for political appointments. This will ensure effective management of the regulatory institutions through uniform implementation of public service rules for employees of the Authority.

“In the future, these positions will obviously be filled by workers in the Authority through career progression in conformity with the rules and regulations of the federal civil service,” he said.

The president informed the lawmakers that the proposed amendments to the PIA is aimed at laying sound administrative structures governed by simple operational laws that will ensure smooth take-off and consequent growth of the two institutions.

It is also in line with this administration’s commitment to carry out petroleum reforms, he said.

. Nominates board members for EFCC, Upstream Regulatory Commission, others

In letters to President of the Senate, Ahmad Ibrahim Lawan, the President said he was acting in accordance with the provisions of the different laws governing the establishments.

President Buhari urged the Senate to consider and confirm the nominees in an expeditious manner.