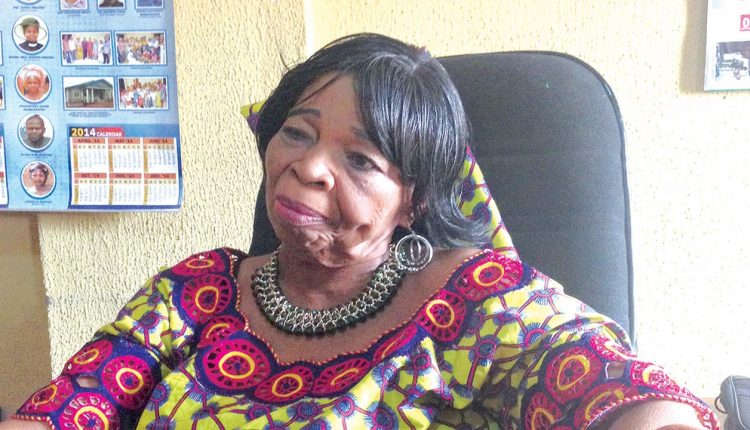 The country has been hit by the deaths of two former First Ladies with the passing at the weekend of Mrs. Victoria Nwanyiocha Aguiyi-Ironsi, the widow of the country’s first Military Head of State, and Chief (Mrs.) Adanma Okpara, widow of the First Republic Premier of the Old Eastern Region.

Adanma Okpara, widow of the First Republic Premier of the Old Eastern Region.

The Governor of Enugu State, Ifeanyi Ugwuanyi, had, while addressing Catholic Bishops in Enugu, reportedly disclosed the incident and had observed a minute’s silence in her honour.

It was gathered that Uzodinma Okpara had gone to the hospital when reporters called at his home.

Also, several calls to Uzodinma’s phone went unanswered, while text messages to him were not replied.

But an inside source confirmed her death, disclosing that a day earlier, (Saturday), she had gone to a hospital “only to be heard that she died early this (Sunday) morning.”x

According to a family source, “Lady Aguiyi-Ironsi died at 4am this morning, Monday August 23, 2021, after a prolonged battle with a mild stroke at the Federal Medical Centre (FMC), Umuahia, where she was admitted a few days ago.”

Her husband, Major General Aguiyi-Ironsi was the Supreme Commander of the national military government for six months before being overthrown and assassinated in the 1966 Nigerian counter-coup, which replaced him with General Yakubu Gowon.

President Muhammadu Buhari commiserates with family of the late Dr Michael Okpara, Premier of Eastern Nigeria during the First Republic, on the passing of Lady Adanma Okpara.

The President joins the government and people of Abia State and all Nigerians in mourning the passing of an enterprising and disciplined mother, who was a worthy example of humility and hardwork to her children and the many women she mentored in her community.

As a recipient of several awards and honours from faith-based and humanitarian organisations, President Buhari affirms that the late wife of the very formidable figure in the First Republic and the Eastern Nigeria, led by example even after leaving public office.

The President’s prayers and thoughts are with the family members, friends and members of the Knight of John Wesley (KJW) in the Methodist Church Nigeria, who will greatly miss her warmth, grace and depth of wisdom.

Atiku said in a statement in Abuja on Monday, that even though the news of the deaths of the two women on the same day comes with some surprise and shock, they shared a common story of providing strength to their respective families by being the curators of the legacies their husbands left behind years after they had passed away.

“I received the news of the deaths of these two influential women with mixed feelings. It is usually a saddening moment for me at the news of the demise of anyone at all; even though these ones are at a very ripe old age. Death naturally diminishes humanity and the loss of one’s mother is very painful at any time”, Atiku was quoted as saying.

The Waziri Adamawa noted that the death of the former First Ladies at this period of serious national challenges is also a sad reminder of the lost opportunities of our country’s greatness as represented by the political and development prowess of their late husbands, General J.T Aguiyi-Ironsi and  Dr Michael Okpara and their generation during Nigeria’s First Republic.

He paid tribute to their lives of courage, service and integrity, noting that these were attributes that had been associated with the great development strides of their late husbands.

The Governor of Abia state Dr Okezie Ikpeazu has mourned the death of the former first Lady of the old Eastern Region,her Excellency,Lady Adanma Okpara at the age of 97 years.

He described her as a model of good and excellent womanhood,who was a fountain of knowledge from which most women, especially in Abia learnt freely, adding that after the death of the husband ,she continued to play the role of a mother , grandmother and Community leader till her final days .

“The spousal support she provided to her late husband was instrumental to the monumental success he recorded as Premier.

“The Governor recalls with nostalgia the moments he spent with her and how passionate she remained about the use of the platform of government to better the lives of the people. She freely shared their experiences about the public service of the first republic.
“Her death”, the Governor notes, “has robbed us of one of our most iconic female living legends.

“Governor Ikpeazu is however thankful to God for the life of Lady Okpara. She lived a fulfilled life, served God and humanity, as well as had the exceptional privilege of seeing her chikdren, grandchildren and great grandchildren. At 97, she saw it all”

In a statement signed by the chief press secretary to the Governor ,Sir Onyebuchi Emenenka,he said that the people of Abia state will always treasure her memories,just the way they treasure that of her late husband.

The Governor sends his deep condolences to the first son of the family ,chief Uzodinma Okpara and the entire family on the glorious passage of this truly great woman, while urging them to take pride in the solid legacies of their parents and be motivated to keep the flag of excellence in public service,hoisted by their parents, flying at full mast.

The Abia state government assured to work closely with the family to ensure that she gets a burial befitting of the legacies she left behind, even as the Governor on behalf of the government and people of Abia state prays the Almighty God to Grant her soul eternal rest and console her family

Governor Hope Uzodimma of Imo State is sad over the passing of Dame Victoria Aguiyi-Ironsi, widow of the first military Head of State of Nigeria, Late Gen. Johnson Umunnakwe Aguiyi-Ironsi.

Dame Victoria Aguiyi-Ironsi, the second First Lady of Nigeria reportedly died in the early hours of Monday, August 23, where she was undergoing treatment at the Federal Medical Centre (FMC), Umuahia, aged, 97.

Dame Aguiyi-Ironsi died barely 24 hours after the widow of the Premier of Defunct Eastern Nigeria, Dr. M. I. Okpara, Lady Adanna, reportedly passed on, also in Umuahia on Sunday at the age of 97.

Governor Uzodimma described both deaths as a big loss to the Igbo in particular and Nigerians in general.

The Governor described the deceased as examplary in their lifestyle and pillars of support to their husbands,  both in areas of governance and administration.

Governor Uzodimma said though Dame Aguiyi-Ironsi was Frist Lady for only seven months (January to July 1966), her carriage in and out of office spoke volumes about her upbringing as a former student of Holy Rosary Convent School, Okigwe from where she met her husband in 1953 at 16.

The Governor said Aguiyi-Ironsi and Okpara’s widows continued to inspire the younger women in politics, governance and administration with their outstanding behaviour, years after they exited office, and that both Matriarchs would be sorely missed by all who came in contact with them.

Governor Uzodimma therefore commiserates with the First Lady of Nigeria, Hajia Aisha Buhari, the First Lady of Abia State, Mrs. Ikpeazu as well as the immediate and extended members of the Aguiyi-Ironsi and Okpara families.

The Governor urged them to have solace in the fact that Dame Victoria Aguiyi-Ironsi and Lady Adanna Okpara led lives of service to God and mankind and that they lived and died in Christ, leaving behind legacies that would be difficult to forget.