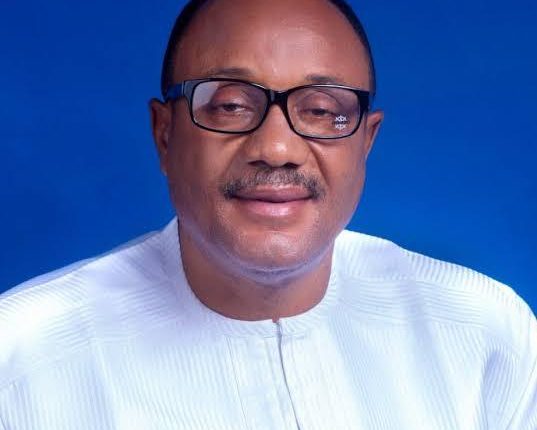 By Pamela Eboh Awka
The governorship candidate of the African Action Congress, Chidozie Nwankwo AAC has dropped out from Saturday’s governorship race.
Nwankwo who made his known in a statement on Friday, threw his weight behind the governorship candidate of the Peoples Democratic Party, PDP.
He urged his supporters and members of his team to offer the same support he received to Ozigbo.
He said, “After due consultations with top aides, friends and family, we do hereby endorse the best candidate in this contest, Mr Valentine Chineto Ozigbo of the PDP, to win the governorship election.
“Consequent upon above, we hereby collapse our campaign structures, the Kingdom Care Foundation structure and all the Pentecostal structures supporting our candidacy in this election to support the election of Mr Valentine Ozigbo of the PDP.”
“I pledge the support of my entire campaign organization, that of my Kingdom Care Foundation, and Pentecostal groups to Mr Ozigbo and pray for the success of the respected business leader at the election.
When contacted, the VCO Campaign organisation confirmed that the two men had spoken on the phone and that Ozigbo was grateful for the endorsement.
Valentine Ozigbo is a multiple-award-winning global CEO whose rise in Nigerian politics has captured the imagination of Nigerians.
Recall that the Labour Party on Thursday pledged its support for Ozigbo and the entire executive of the All Progressives Congress (APC) in Aguata Local Government Area decamped and joined the PDP, pledging their support for Ozigbo.

Apprehension in Anambra as DIG Egbunike is removed unannounced