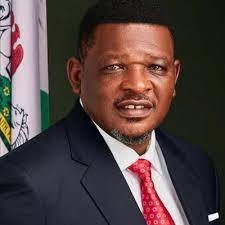 Epileptic power supply being experienced across the country in recent times is caused by system disturbances and disruptions and not because of national grid collapse as being insinuated in some quarters.

The declaration was made on Thursday in Abuja by the Minister of State for Power, Mr Goddy Agba, at the investigative hearing of the House of Representatives Committee on power.

The minister told the committee that there had not been a single system collapse in 2022.

He stressed that power disruptions being experienced were caused either by human, equipment or political factors.

He said blackouts experienced in September in particular were acts of sabotage.

He said that in September, there was blackout nationwide for a short while and some youths were seen on social media switching off the system.

“That was not a system collapse. That was a deliberate vandalism. In fact, it was sabotage.

“How can young men go and switch off light thereby putting the nation in blackout just because of some grudges,’’ he queried.

Agba said the blackout arose from a trade union matter in the power supply structure and that he was already handling the situation.

In his submissions at the hearing, Managing Director, Transmission Company of Nigeria (TCN), Mr Sule Abdul’aziz, said total system disturbances declined between 2017 and 2021.

He said that there had been significant and sustained improvement in grid stability with every passing year.

She said another reason for incessant outages was weak transmission infrastructure, adding that most of the equipment are over 25 years old.

The instability and unavailability of most transmission lines are other problems, she said.

She attributed noticeable improvement in power supply to the fact that generation companies’ machines were now being used to manage the grid, contrary to the grid code provision.

She added that 97 per cent of the time, the grid was on high frequencies.

Responding, Rep. Sada Soli (APC-Katsina) expressed dissatisfaction at the explanations given by the respondents.

He emphasised that none of the submissions made suggested how to solve the problems in the power sector.

In another response, Rep. Magaji Aliyu, Chairman of the committee, said it would constitute a technical committee to compile a report and make recommendations to prevent future power outages.