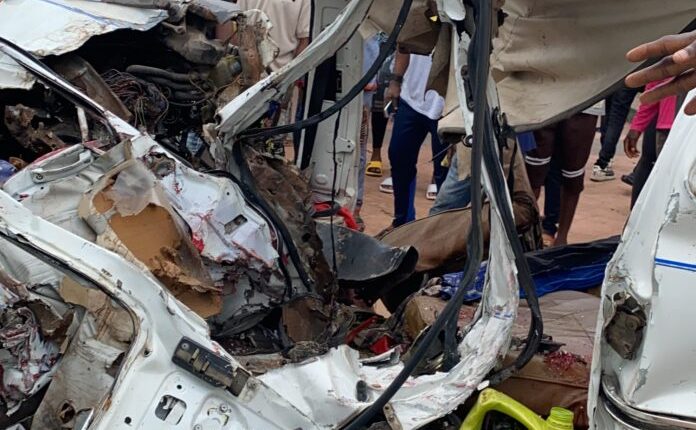 It was a sad Tuesday morning for residents around Sakponba road in Benin City as two tipper clashed with two buses filled with passengers.

It is gathered that the tragic incidence which occurred in the early hours of Tuesday claimed nine lives from passengers in the buses.

How teenagers robbed man of motorcycle, hacked him to death –Police

How teenagers robbed man of motorcycle, hacked him to death…