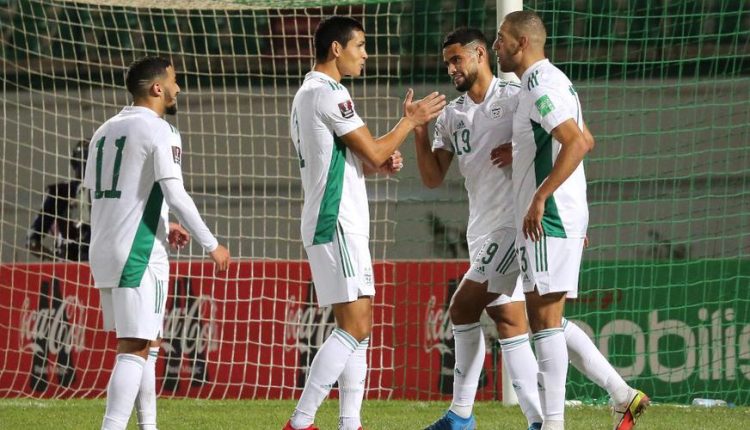 Algeria, Cameroon and Egypt were among the top African sides which recorded victories in their 2022 Fifa World Cup qualifiers on Friday.

The Desert Foxes of Algeria maintained their lead at the top of Group A table after annihilating Niger 6-1 at home with Riyad Mahrez and Islam Slimani both grabbing a brace.

Algeria are level on points with second-placed Burkina Faso, who thumped Djibouti 4-0 away with Abdoul Tapsoba grabbing a brace in a one-sided match on Friday evening.

Cameroon, meanwhile, returned to winning ways in Group D when they thrashed Mozambique 3-1 at home with Geny scoring the visitors’ consolation goal.

The Indomitable Lions remained second on the group standings despite their victory as leaders Ivory Coast claimed a 3-0 win over Malawi away from home on the same day.

Three goals from Ibrahim Sangare, Jeremie Boga and Max Gradel ensured that Ivory Coast remained at the top – a point above second-placed Cameroon.

Meanwhile, Egypt climbed to the top of Group F standings after edging out Libya 1-0 at home with Mohamed Marmoush scoring for the Pharaohs on debut.

Angola recorded their first win in the second round of qualifying when they thrashed Gabon 3-1 at home in another Group F match and they moved up to the third place.

Cristiano Ronaldo part of the problem at Man Utd – Barnes

Cristiano Ronaldo part of the problem at Man Utd –…