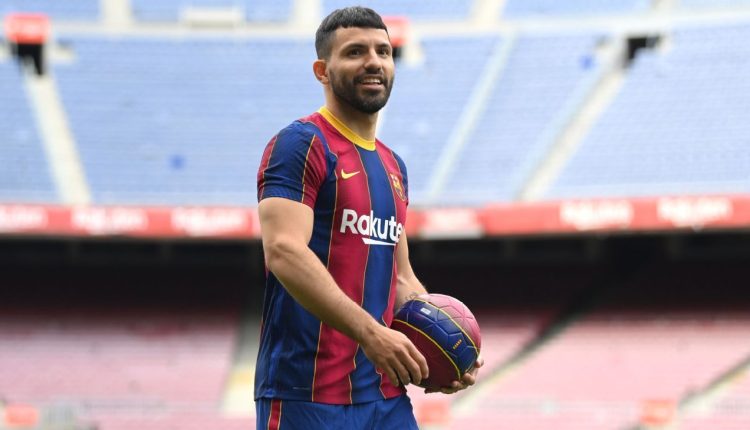 Sergio Aguero scored in a behind-closed-doors friendly on Wednesday as he made his first appearance for Barcelona since joining on a free transfer from Manchester City.

Aguero, 33, opened the scoring against UE Cornella at Barca’s training ground as the LaLiga side were held to a 2-2 draw by third-tier opposition.

Midfielder Philippe Coutinho netted the other goal as Barca stepped up preparations for three home games next week, with Valencia, Dynamo Kiev and Real Madrid all due at Camp Nou.

Aguero joined Barca in June when his contract with City expired after a decade at the Etihad. However, a calf injury picked up in August means he has not yet been able to make his official debut for his new club.

He finally returned to full training earlier this week after two months out and started the draw with Cornella, playing for half an hour, as had been recommended by the club’s medical staff.

Ronald Koeman must now weigh up whether Aguero is ready to be included in the squad for Sunday’s LaLiga match against Valencia.

Ansu Fati, who returned to competitive action before the international break, also received some much-needed minutes, although the game was deemed too soon for Ousmane Dembele, who is back in light training following three months on the sidelines.

After Valencia, Barca host Kiev on Wednesday in the Champions League, where they have lost both of their games so far, and then play Madrid in the first Clasico of the season on Oct. 24.

It’s shaping up to be a key week for coach Koeman, who was handed more time to turn his side’s fortunes around by president Joan Laporta earlier this month despite a run of just one win in six games.

Use corps members to fight Boko Haram, others who can’t fight should work without pay – Fayemi