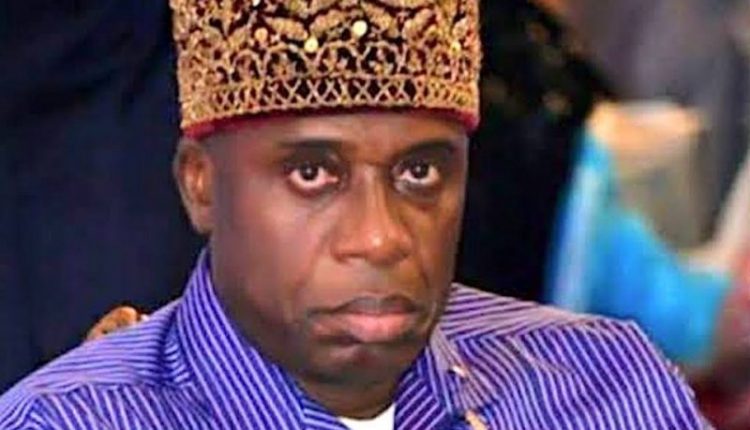 MINISTER  of Transportation,  Mr.  Rotimi Amaechi has commended the pace of work at the Lekki deep seaport. He applauded the contractors for the work done so far and urged them to do more and beat the completion deadline.

Amaechi made the commendation at the weekend during an inspection tour of the Lekki deep seaport.

Speaking to the contractors, he said, “The last time we came, there was no Quay wall, just the breakwaters. But today there’s visible improvement. It doesn’t mean that you have delivered, it simply means that if you set your mind on something, you will achieve it. The last time we came, your chairman said it wasn’t possible, and I told him wait and see, if it’s not possible, then you know that I am not Minister for Transport. We are supposed to commission by September which is the old agreement, but if you double your efforts on this job we can commission by July.

“So if you try it between June, July, August, it would be better. You get to finish with all procedures that requires government. And the only way to do it is finish the project. The Quay wall must be completed, the cranes, and the buildings; we get the President here, commission it, then if there is anything left you need to seek approval for, I can take it to the President for consideration, because it would be an embarrassment to government if what you commission is not working.

To the Nigerian Ports Authority (NPA) the Minister advised that with the automation of the Ports, human movement within the port should be restricted to avoid the Apapa situation.

“Whatever you do, you must create a barrier so that as you walk into customs, you have no access to any other part of the port, once you walk in you walk out. And thankfully you’re automating the seaport. You don’t need to do physical documentation. All documentations should be done online. Some people will still not believe that the documentation online will work, so they will continue to come here. Restrict movement into these areas by making sure there is a fence between Customs and the terminal area,” Amaechi said.

Chief Technical Officer, Lekki Port LFTZ, Steven Heukelom explained that, “there’ll be gates and gate-passes, everything electronic. Very strict. There is a physical location here (for documentation) but the bulk of it will be done online. That is the automation part of this terminal.”

On his part, the Chief Operating Officer, Lekki Port LFTZ, Laurence Smith, thanked the Minister for commending their work so far, and appealed to the government for support in the construction of access roads.

“The coastal roads and the new 7th axial Road are key for the evacuation of goods from the Lekki axis. It is critical for the road works to be completed before commencement of port operations for ease of access to customers and stakeholders,” Smith said.

Responding, Amaechi reiterated the need for speedy completion of the Port facility, to be able to access further approvals of requests made.

He however instructed that the Director, Railway in the Ministry of Transportation conduct a study on the possibility of linking the Lekki port to Lagos-Ibadan railway.

During the tour of the port, the company highlighted that a truck parking area for 300 trucks is being provided for, to avoid haphazard parking of trucks or parking on the road when the Port goes fully operational.

At the Terminal area, the Customs building is being expanded into a  full fledged inspection area for proper inspection before trucks are allowed to evacuate the area. There’s also an area for impounded goods.

Construction is ongoing for the reef of containers, erection of Light masts which will be 25metres high, so the whole area will be fully lit 24hrs daily. Dredging and reclamation work is at 90 percent completion, while the Lekki free port terminal has begun recruitment for its operations.